LJP with BJP: How Chirag Paswan’s observation hints unease within Bihar NDA ahead of polls 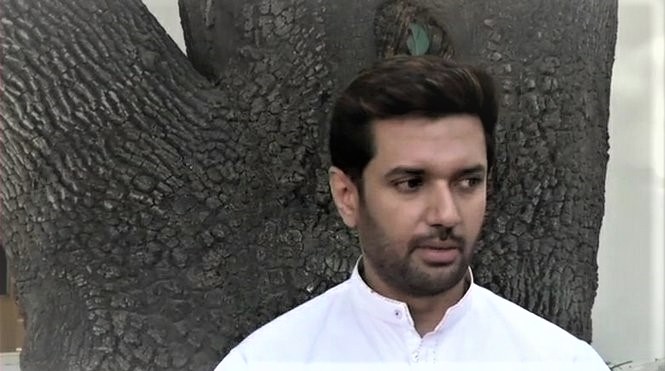 PATNA—Lok Janshkti Party (LJP) president Chirag Paswan on Friday hinted at unease in the ruling National Democratic Alliance (NDA) in Bihar saying he would go with the BJP’s choice of chief ministerial face.

“Who will be the face, who will be the leader of the alliance is something that its largest constituent BJP has to decide. The LJP is strongly with the BJP in whatever decision it takes. If they want to go ahead with Nitish Kumarji, we are with them, if they want to have a change of mid…whatever decision the BJP takes, we will support,” Chirag said in an interview to the news agency PTI.

The observations made barely months before the upcoming assembly elections in Bihar scheduled for October/November this year just assumes much significance since till recently, the LJP had strongly backed Nitish Kumar as NDA’s chief ministerial face.

“There is no alternative to Nitish Kumar in Bihar. LJP accepts Kumar as NDA leader in the state,” Chirag had told the media in September last year reacting to demand for change in NDA’s CM face.

His father and union minister Ram Vilas Paswan too had rooted for Nitish saying, “Nitish Kumar is the face of NDA in Bihar.

Reports said the relations between the LJP and the JD-U soured in recent months after the latter failed to send the updated list containing 1.4 million beneficiaries of National Food Security Act, thereby depriving the poor of food grains.

The LJP is also angry at the handling of migrant crisis by the Nitish Kumar government.

Chirag said had the Bihar government begun transporting the migrants earlier quite many lives could have been saved.

“We could also have avoided the incidents like a girl Jyoti Kumari carrying her father on cycle from Delhi,” Chirag told the media.