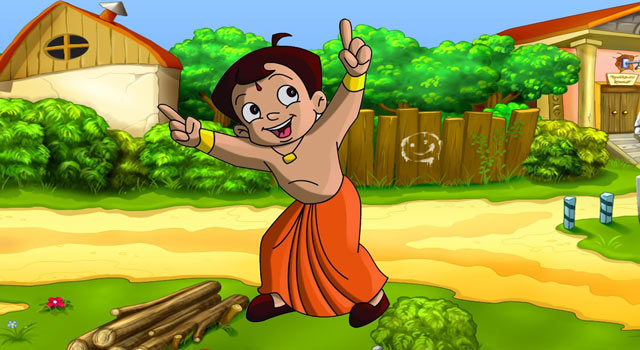 Mumbai: Chhota Bheem celebrates 10 years on television. An entire decade of making kids smile, dance and sing with him.

Chhota Bheem- a dhoti clad child with large expressive eyes and an all-knowing enigmatic smile came into existence in 2008 and walked his way into our hearts to become the most loved and recognized animated character of our country.

Since then, Chhota Bheem has undertaken a miraculous journey to become the most successful homegrown animated series in India.

Chhota Bheem, over the last 10 years, has transformed into a household name, become a brand and flitted through the hearts of young ones.

The unprecedented success was a shot in the arm for the Indian animation industry as it paved the way for many other animation series with an Indian narrative.

“I am fortunate to be the Creator of Chhota Bheem and am thankful to the kid audiences across India & Asia. Producing a show in Animation is not a one man’s show.. it needs a team.. a large one.. Together we have achieved this one…I want to thank the entire team at Green Gold, Writers, Voice Artists, Voice Director, Singers, Music Director, my family and friends. Above all I would thank the Team at POGO and the management at Turner,” Chilaka said.

Miracle! Day after confirming 27 deaths, Bihar says none was killed in bus fire

Reviews pan ‘The Accidental Prime Minister’ as a badly-made propaganda…

Anupam Kher under fire over ‘The…