Challenge PM to go to protesting students and speak up over Indian economy: RG 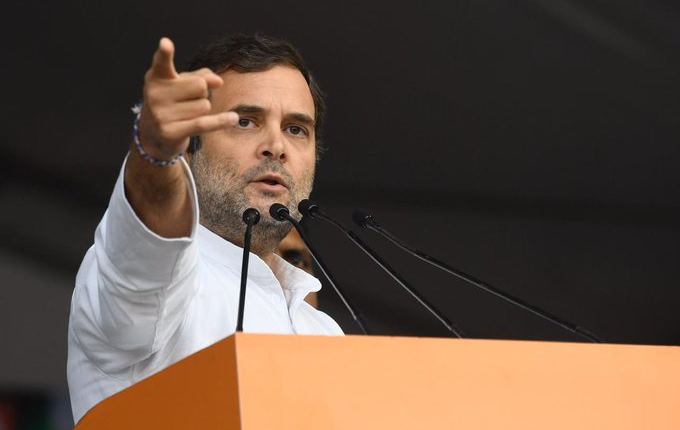 NEW DELHI: Leaders from 20 Opposition parties met here on Monday to take stock of the political situation in the country and to evolve a common plan of action to effectively oppose the “anti people” policies of the Narendra Modi government.

The meeting had been called by the Congress party in the wake of recent protests across India over the contentious Citizenship Act.

Addressing the media, Congress leader Rahul Gandhi dared the Prime Minister to rush to the protesting students of the universities and put his views.

“The PM should stand up and have the courage to speak up to the youngsters of these universities and tell them why the Indian economy has been a disaster,” Rahul asked while addressing the media after the meeting.

“Unfortunately, the PM doesn’t have the guts to stand up,” he said and challenged the PM to speak up.

“I challenge the PM right now to go to these any universities without police, infrastructure and tell them what is going on in the country,” Rahul said.

Leaders from 20 like minded parties met in Delhi today to take stock of the political situation in the country and to evolve a common plan of action to effectively oppose the anti people policies of the Modi Govt.

Here’s a short video excerpt of my statement after the meeting. pic.twitter.com/LNnzABTafe

The entire country has been on boil ever since the Citizenship bill has been passed by the Parliament last month while proposed NRC talks have further complicated the situation even as the PM has denied any government plan to implement NRC across India.