Chaiwala remark: Has Congress landed itself in hot soup? 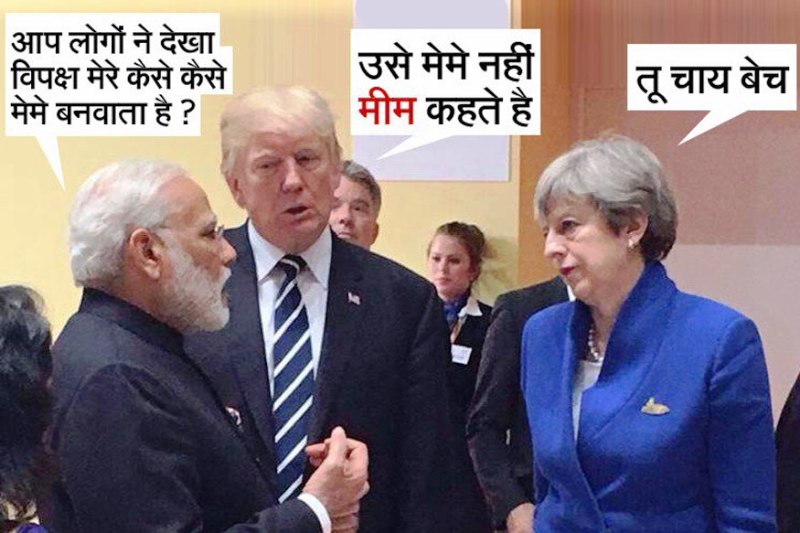 New Delhi: It’s not every day that a harmless ‘chaiwala’ remark can get you into trouble but Congress sure knows a little better than that. The grand old party has ‘been there-done that’, yet, it repeated the same mistake again, in 2017, just before another poll.

Deja vu? Partially, yes. One will have to wait for the Gujarat election results to confirm the status as complete.

The seasoned politician was making a remark based on the present Prime Minister’s job as a tea vendor in the latter’s childhood.

The comment massively backfired, Congress was dethroned and BJP made history by not only winning majority in the general elections, but doing it by a fair margin.

Cut to 2017, before the Gujarat polls, a Twitter account related to the Youth Congress has posted a meme on Prime Minister Modi, calling him a ‘chai wala’.

The meme, posted on the official Twitter handle of the Youth Congress online magazine Yuva Desh, contained a photograph of PM Modi, his UK counterpart Theresa May and US President Donald Trump.

It has irked the BJP leadership, prompting Gujarat Chief Minister and prominent BJP leader in Gujarat, Vijay Rupani, to tweet to Rahul Gandhi and ask him if he approved of this.

“This blatantly classist and anti-poor Tweet by the Youth Congress shows their mindset towards India’s poor. Does Crown Prince @OfficeOfRG support this?” Rupani said.

The tweet has been deleted since, with Congress’ communication department head Randeep Surjewala tweeting, “INC strongly disapproves and rejects such humour through memes. Differences on policy and opinion aside, Congress culture imbibes respect for PM and all political opponents.”

Apologising for the incident, Youth Congress president Amarinder Singh Raja Brar tweeted, “Although the handle @Yuvadesh is being run by youth volunteers and not by @iyc, we do not approve of such humour and apologise. Despite political differences with the BJP and having suffered everyday abuse from their leaders, we respect the Prime Minister and all political opponents.”

But that hasn’t pacified the BJP leaders.

Union IT Minister Ravishankar Prasad tweeted, “The arrogance of the Congress Party and shameful anti-poor stand gets exposed from the official twitter of the Youth Congress that a person born in poverty in the family of a tea vendor cannot become the Prime Minister. No lessons learnt. Insulting popular mandate. Madam Sonia Gandhi and Mr Rahul Gandhi do u still believe that only u have a divine right to rule India? Country expects ur response on the tweet of the youth Congress, which is shameful & insulting to poor. U can delete the Tweet but ur thinking towards the poor stands exposed.”