Celebrating the sound of silence with a cuppa in Jamshedpur 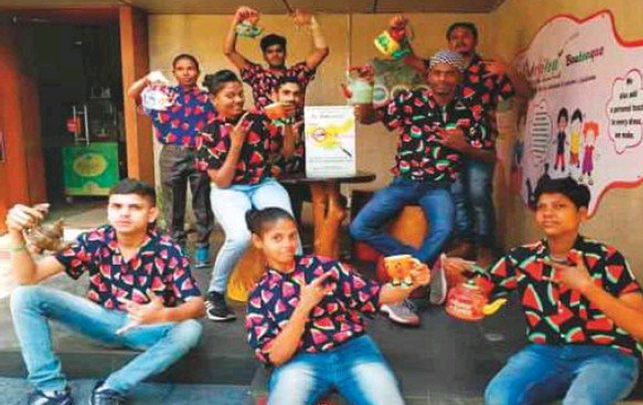 JAMSHEDPUR—It is a cafe with a difference! Cafe La Gravitea in Jamshedpur in Jharkhand, on the face of it looks like any other one in all ways except for a single factor. The staff who serve you on the tables are hearing-impaired, lending a touch of inclusivity to the place, according to Dubai-based daily Gulf News.

Offering employment to the hearing-impaired youth only, Café La Gravitea employs 10 of them. As to how the idea germinated, Avinash Dugar, the owner of Café La Gravitea, says he was inspired to launch this initiative in 2016. It was when a young person accompanied by his sister — hard of hearing — came to Dugar’s tea stall and told him that his sibling was more than willing to work but could get any employment because of her hearing disability.

This proved to be a life-changing moment for Dugar. “It was a turning point in my life as after quitting my job as Vice President at a steel company in 2015, I wanted to do something for the society. Meeting with the girl, I realised that the opportunity I was looking for was right in front of me and decided to open a Café where all the employees will be hearing-impaired,” he said.

With the concept firm in his heart, it took Dugar a few months to give it a concrete shape. “Now, the Café is being managed by all the 11 employees, out of which 10 are hearing-impaired and talk only in sign language,” he said.

Dugar said that the biggest obstacle he had to surmount was convincing the parents of those whom he employs in the Café. “The initial challenge was to convince the parents that their children can work and also convince myself that I can make them work. As I did not know sign language, I had to pick that up from them to be able to communicate with them. I learnt it in the course of time.”

What lends this cafe a distinct identity is the fact that it is probably one such cafe in the country which employs only hearing-impaired employees who do not limit themselves to merely serving the food but also cook and do all other jobs that go to run an eating joint, informed Dugar.

Talking about their initial training, he said with a sense of pride, “all of them picked up cooking very well in a few months. They soon became deft in other aspects of operations of the Café.”

Sharing information about the Café he said, “We are open from 9am to 9pm and serve 150 plus varieties of sourced from 12 countries besides iced tea, cold coffee, flavoured tea, etc. The Café’s fare includes pizzas, pastas, burgers, sandwiches, noodles, momos, fried rice among others.” Thrilled with the success of his maiden venture Dugar is looking beyond India.

Three friends drown while taking selfie during bath in Ganga