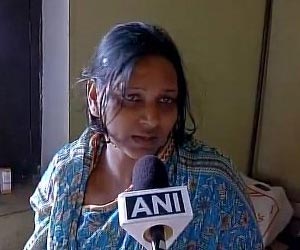 “The CBI has received a communication from the Bihar government and is examining the state’s request,” a local newspaper wrote today quoting a CBI sources.

The state government recommended for a CBI probe on late Monday evening giving in to the demands of the victim’s family who alleged they had no faith in the state police.

Informed sources, however, say the agency’s track record is not “so good” as it has been taking quite long time for investigation.

The three recent cases, such as killings of Ranveer Sena chief Brahmeshwar Mukhia, Muzaffarpur student Navruna and transporter Santosh Tekriwal are yet to be cracked by the CBI while it mishandled the case involving politicians in 1999 Gautam-Shilpi murder case.

Meanwhile, the Siwan police have detained seven more suspects in connection with the murder of Siwan journalist Ranjan. All are being interrogated, local SP Saurabh Kumar Sah told the media today.

Most of the suspects detained by the police are alleged to be close aides or sharp shooters of jailed RJD politician Mohammad Shahabuddin now lodged in Siwan jail.

One of the arrested persons reportedly told the police that the “order” to kill journalist came from the Siwan jail recently.