Won’t sit idle until BJP thrown out of power, declares Lalu as CBI raids his premises 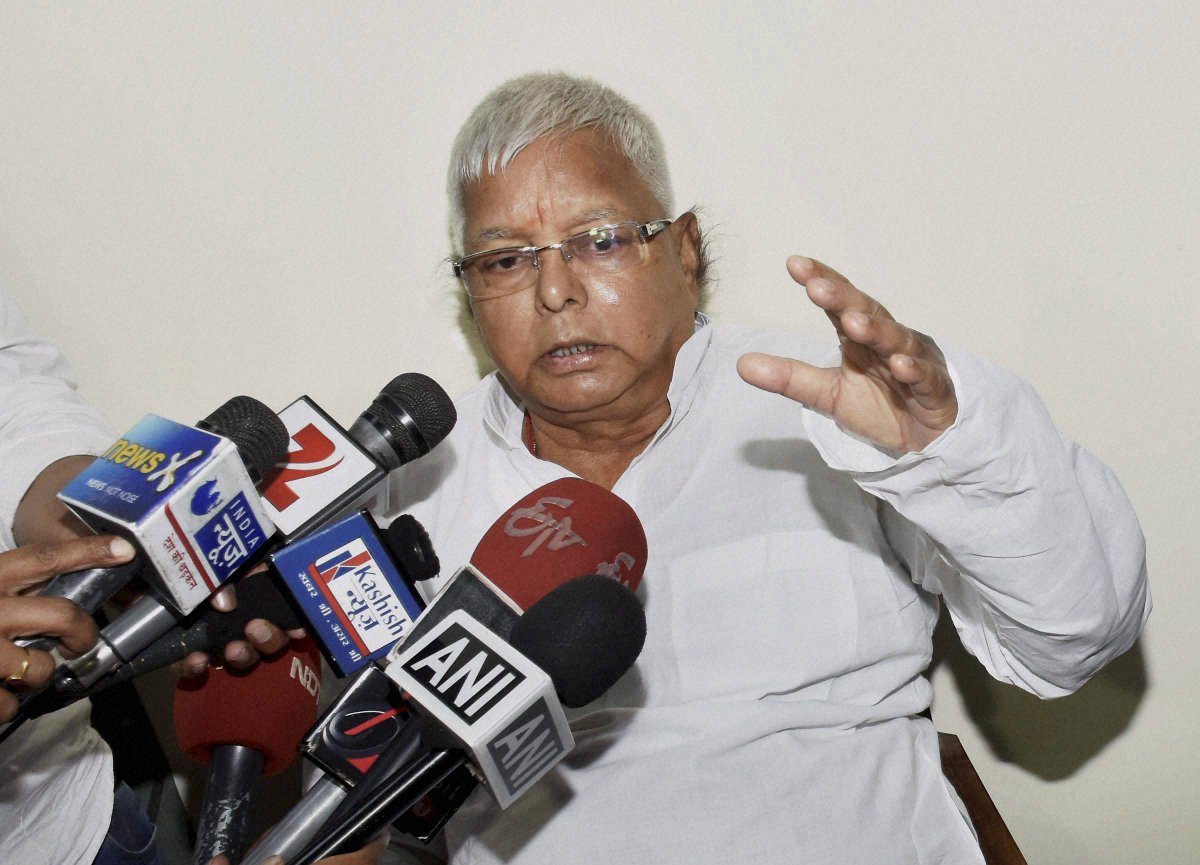 PATNA: RJD president Lalu Prasad today said he and his family were being targeted out of “political vendetta” but he would prove to be a very hard nut to crack.

“Lalu Yadav mitti mein mil jayega lekin BJP ko hatakar dam lega (I will remove BJP from power no matter we are reduced to dust),” Prasad told the media today shortly after appearing in a CBI court in Ranchi.

He said he was not going to be cowed by the BJP’s “empty threats”. “Will reduce the BJP to dust”.

He said the raids at his homes were conducted just to defame and intimidate him but he would not remain silent.

“The CBI has no role to play in it. These all are being done by Narendra Modi and Amit Shah. They want to rule the country without being challenged by others,” he alleged, claiming he was innocent.

He expressed displeasure over the way raids were carried out in his absence and his children were being dragged into the case.

“I want to know from the CBI what ‘rare’ documents they got during the raid,” asked Prasad.

ALSO READ: Rally against BJP will be held at all cost: RJD

Lalu’s biggest challenge: How to keep his party intact with no second line leadership