Be catalytic agents for change in society, Modi tells Governors 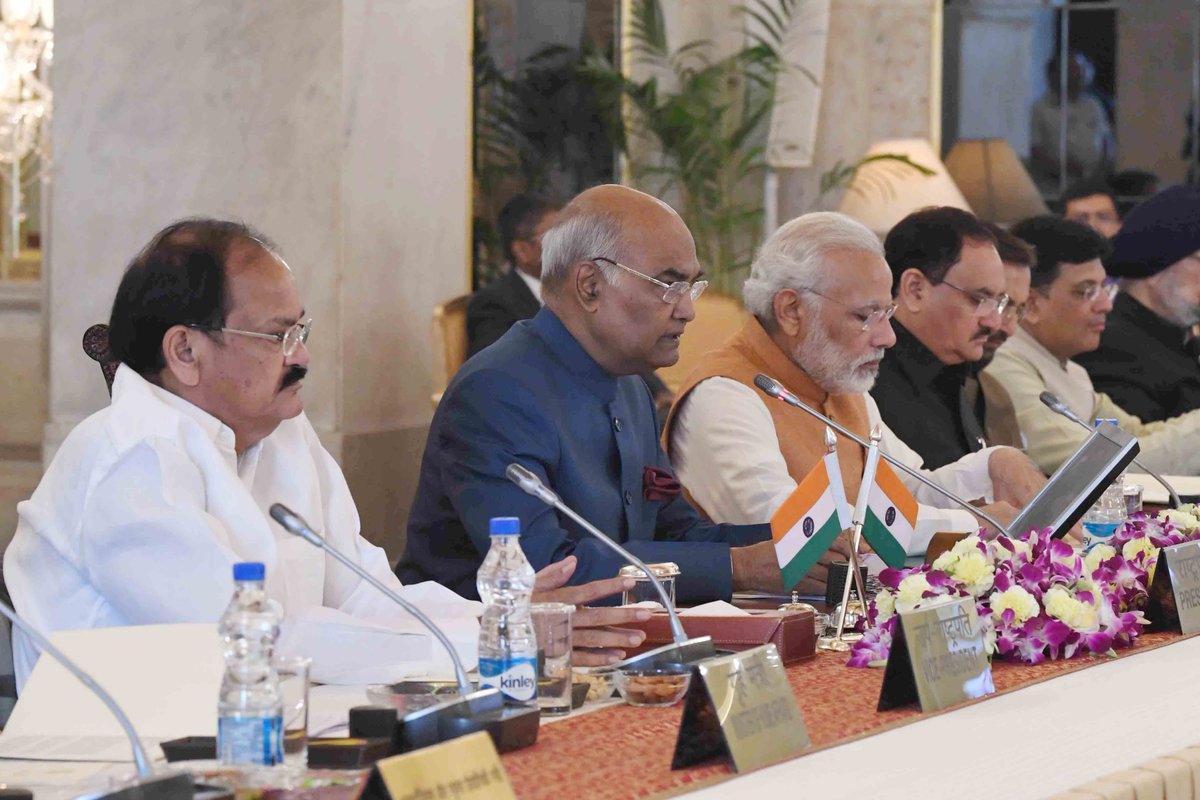 He observed that all Governors can become catalytic agents for change in society, while upholding the sanctity of the Constitution.

Mentioning the target of New India by 2022, the Prime Minister emphasized that this can be achieved only by making it a people’s movement.

He encouraged Governors to interact at length with students and teachers in this regard.

Giving the example of the recent Hackathon conducted by the Union Government, where students had proposed technology solutions to several problems, he said Universities should be centres of innovation.

In the same vein, he said youth in every state must focus on one sport.

He encouraged Governors to lead by example on the cause of Swachhata, or cleanliness.

He said Mahatma Gandhi, whose 150th birth anniversary will be celebrated in 2019, is a source of inspiration, as the nation works towards an Open Defecation Free India.

The Prime Minister said that festivals and anniversaries can be great motivators and energizers in the quest for change.

He said that Governors can also motivate banks to give loans under Mudra to tribals, Dalits and women, especially in the period between Constitution Day on November 26 and Ambedkar Mahaparinirvana Diwas on December 6.

He said these achievements must be extended across all Union Territories speedily.