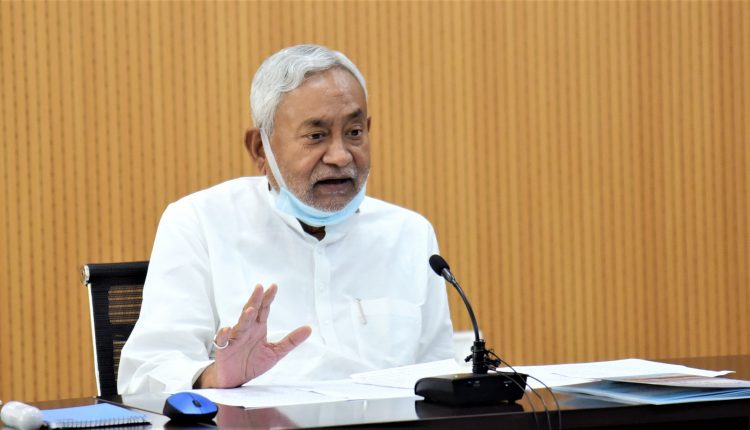 NEW DELHI/PATNA—The Centre’s formal declaration about not to enumerate numerically powerful social groups as part of the 2021 Census has created political storms in Bihar with both ruling and the opposition parties expressing annoyance in public.

On Sunday, Bihar chief minister Nitish Kumar described caste census as the “need of the hour” and announced to hold an all-party meeting in the coming days to chalk out future course of action in a virtual ultimatum to the Centre.

The chief minister who is currently on a tour of Delhi said conducting caste census is in the interest of the country and asked the Centre to reconsider their demand for caste census.

“We have been demanding for it (caste census) for a long time,” the chief minister said adding it would help policymakers frame targeted welfare policies for backward castes.

The chief minister’s remarks came shortly after the RJD lawmaker and Bihar opposition leader Tejashwi Yadav asked the former to clear his stand over the issue.

“Caste census is in the national interest. Welfare cannot be done until a real picture is presented before everyone. We need scientific statistics. It is a conscious decision of the public of Bihar. All parties in the legislative assembly passed a proposal that a caste census indeed should take place. 80-90 per cent Indians want a caste census to happen,” Tejashwi was quoted as saying by ANI.

The RJD leader said they were waiting for chief minister’s reaction and statements on the matter and that they had given him 2-3 days for that. “After that we will chalk out our action plan,” he said.

Last month, the chief minister had led an all-party delegation to meet Prime Minister Narendra Modi over the issue.

Two other NDA allies in Bihar, such as Hindustani Awam Morcha (HAM) and Vikassheel Insan Party (VIP) headed by Jitam Ram Manjhi and Mukesh Sahani respectively too are any over Centre’s announcement about not conducting caste census.

The VIP even went to extend of offering a financial help of Rs5 crore (Rs50 million) to the state government if it conducts caste census at its own level.

Earlier this week, the Centre in an affidavit filed in the Supreme Court virtually ruled out caste census stating that undertaking such an exercise would be “administratively extremely complex”.

The Centre added that preparation for conducting the Census next year “is at advanced stage and no change in the criteria is possible now”.