By Madhulata Chaurasia Last updated May 13, 2019 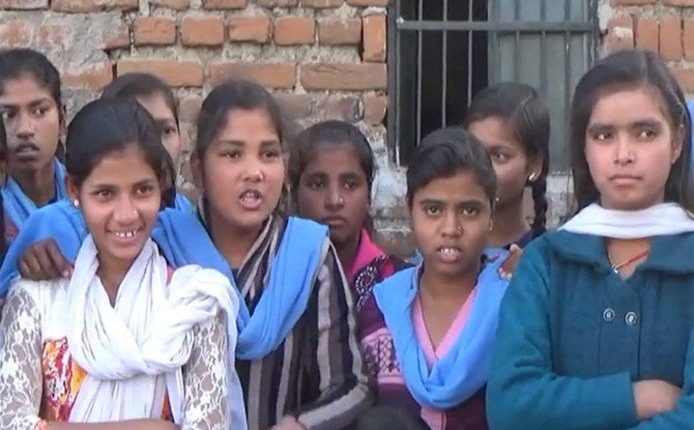 PATNA: 14-year-old Gudia, enrolled in a government school in Bihar, wanted to study further but her parents were hell-bent on marrying her to a suitable boy.

So, finally when the would-be groom family reached her home located in Sheohar district to see her and finalise the wedding, she came before them in school uniform before and held out the threat to send them to jail.

“You now I am only 14-year-old and child marriage is a crime here. Beware you could go to jail if you agree to this wedding,” Gudia bluntly told the guests who hurriedly fled home soon. Thus, her own wedding was stopped.

Nandini’s case is no different. The family of Nandini, a resident of Jamui district, wanted to get her married soon alarmed at the rising cases of eve-teasing in the areas but she raised a banner of revolt against her family.

Subsequently, she united the village girls against the eve-teasers and secured their berths in the schools. Today she is studying in a high school.

15-year-old Anokhi, a resident of Rohtas district, went a step ahead. While she was still studying in the school, her parents got her marriage fixed with a local boy, withdrew her from school and forced her to agree for marriage.

But she remained adamant on her stand and instead threatened her parents to send them to jail if they exerted further pressures on her for marriage.

Even more interesting incident took place in Gaya district where a girl shot off an emotional letter to a senior official after her parents fixed her wedding.

Initially, she requested her parents to defer the marriage but as they refused to budge from their stand, she finally wrote to the local district magistrate.

Soon after receiving the letter, the official rushed to her home and warned her parents of legal action if they went against her wishes.

“This is not a family matter, rather it’s a social issue which has its bearing on the entire society,” the official told girl’s parents.

A series of such incidents indicate how the little school girls have revolted against the age-old child marriage and have brought revolutionary change in the society through their bold acts. Such actions have led to cancellation of more than 100 such child marriages in Bihar in the past one year.

Only last month, the marriages of at least 50 such teenaged girls below the age of 18 were stopped in Bihar, thanks to the growing awareness in the society.

Despite an overall decline in the rate of marriage among young girls across most of Indian states, Bihar continues to have a comparatively higher percentage of marriage before girls reach the legally prescribed age of 18 years.

In simpler terms, 2 of every 5 adolescent girls are married off before they complete their higher secondary education.

A comparative analysis done by CRY – Child Rights and You, reveals that the state has registered an improvement of 20 percentage points in under-age marriage over the last decade, as the findings of NFHS-3 recorded that 60.3% of women within the age-group of 20-24 years were married within their teens.