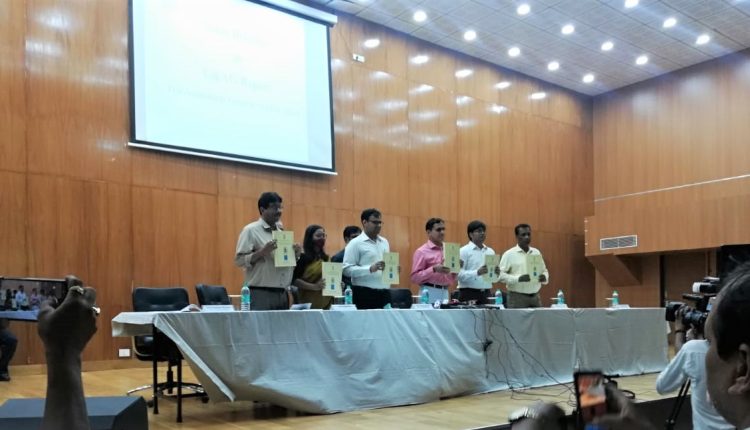 PATNA—The audit report of the Comptroller and Auditor General of India related to the Government of Bihar for the year ending 31 March 2020 has presented a very grim picture of the existing health services in the state. While essential drugs were found missing from majority of the government-run hospitals, Intensive Care Units (ICUs), Cardiac Care Units (CCUs) and even blood banks too were not available there, leaving the patients admitted there at the mercy of Gods, literally! The report was tabled on the floor of state assembly today.

The performance audit was conducted in five sampled districts of Nalanda, Vaishali, Jehanabad, Madhepura and Patna to assess the overall health services being provided by the district hospitals to the people for the period 2014-15 to 2019-20. During this period the Nitish Kumar government remained in power in Bihar.

The CAG report states that none of the test-checked district hospitals had CCUs for treatment of ischemic heart disease, stroke and other cardiovascular emergencies while the ICU services were found available only in Jehanabad district hospital but with major inadequacies like shortage of nurses, essential drugs and equipment and no paramedic staff.

But what was found to be more alarming was that nine district hospitals including the one in Patna were without the blood bank while the existing blood banks at other hospitals were operating without valid license, said the CAG report.

The report further states that the Bihar Medical Services and Infrastructure Corporation Limited (BMSICL) was entrusted to ensure uninterrupted supply of drugs and medical equipment in all the hospitals of 38 districts in the state.

The CAG report also mentioned that the accident/Trauma and Psychiatry wards and positive/negative isolation wards for infectious patients were not available in any of the test-checked districts hospitals. Again, four hospitals functioning in districts vulnerable to Japanese Encephalitis (JE) didn’t have the facility to provide diagnostic services like test for JE and Chikugunia.

The shortage of beds remained yet another issue of concern. “Shortfall of beds ranged between 52 and 92 per cent vis-à-vis Indian Public Health Standards (IPHS) norms implying bed strength of the district hospital was not commensurate with the population. Except in two district hospitals, even available beds were only 24 to 32 per cent of what was sanctioned by GoB (June 2009),” says the report adding the actual bed strength was not raised to the sanctioned level (March 2020) despite lapse of more than 10 years.

The report has also highlighted the continuing shortage of doctors, nurses, paramedical staff and technicians in government hospitals since 2014 yet the department didn’t try to fill up the vacant posts. As per the report, the test-checked hospitals did not provide 12 to 15 significant OPD curative services like Cardiology, Gastroenterology, Nephrology, ENT etc. due to shortage of specialist doctors and infrastructure such as building, equipment and furniture and fixture.

Patient load on registration counters in all test-checked hospitals, says CAG report, was 13 per cent to 208 per cent, much higher than the norm. Despite increase in number of patients in OPDs, average number of doctors available in OPD remained the same resulting in much higher OPD cases per doctor and less consultation time. “The objective of providing drugs free of cost to patients could not be ensured as 59 per cent of the OPD patients purchased drugs from their own pocket,” the report reveals.