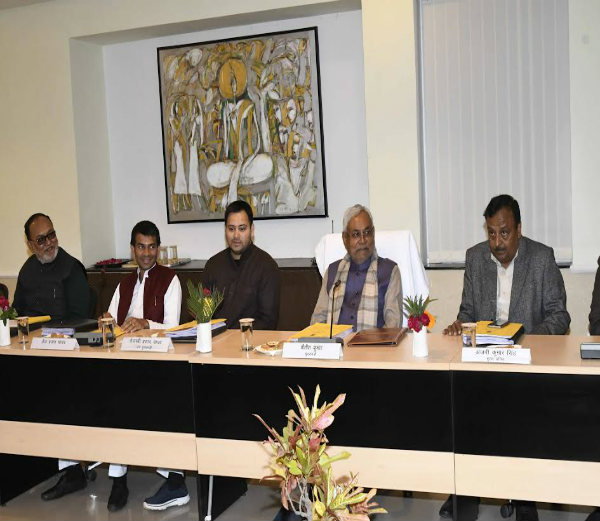 PATNA: A Cabinet meeting held in the cool and calm surroundings of Rajgir today cleared 32 proposals, including setting up of an IT park near Dak Bungalow in Patna, as per media reports.

The meeting chaired by chief minister Nitish Kumar also decided not to renew licene of liquor factories and allotted funds for paying salary to teachers and health staffs.

The meeting was held at the International Convention Centre at Rajgir in Nalanda which is the home district of the chief minister.

Massive security arrangements were made for the meeting which began at around 11.30 in the morning. All the ministers were ferried to the venue in a luxury bus for the meeting.

This is the fourth time that the Cabinet meeting will be held outside the state capital.

Earlier such meetings were held in a mustard field in Begusarai district, atop Ratnagiri hills in Rajgir in 2009 and on a floating restaurant in 2010 in Patna.