‘Built home with hard labour, now being pushed out of my own home:’ Sharad Yadav 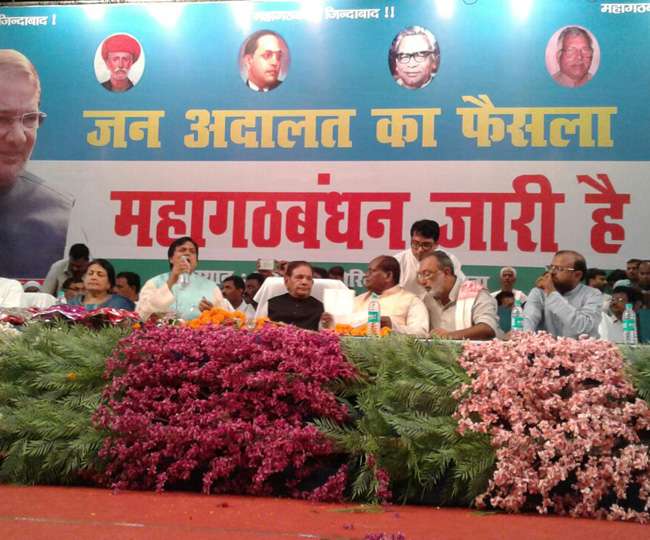 PATNA: Revolting JD-U leader Sharad Yadav today charged chief minister Nitish Kumar with trying to expel him from the home he had constructed.

“I built the home (JD-U) with much effort but now I am being pushed out of my own home. They are telling this is not my home,” Yadav said, addressing a parallel meeting of his faction in Patna’s SK Memorial hall today.

He also rejected Nitish Kumar faction’s allegation that he has changed his way. “You (Nitish Kumar) have changed your path, not me. The people of Bihar will tell who one has taken the right path,” he added.

In a fresh twist to the ongoing battle of attrition, the Bihar chief minister dared Yadav to cause split in the JD-U.

“He is daydreaming to cause split in the JD-U. It requires two-third support of party lawmakers to break the party but all of them are with me. Will he break JD-U with Lalu Prasad’s support?” he mocked.

Kumar also warned of cancelling his House membership if he fails in his attempt.

He also took a dig at Yadav for opposing his move to form government with the BJP. “When he lost the Lok Sabha polls, the JD-U sent him to Rajya Sabha with BJP’s support,” he remarked.

Kumar added, “I sent him to Rajya Sabha twice but now he is speaking against me.”

From NDA to NDA: How Nitish uses four-year period to write his own political obituary!