‘I had built the court building as the chief minister and see I’m here!’ says Lalu 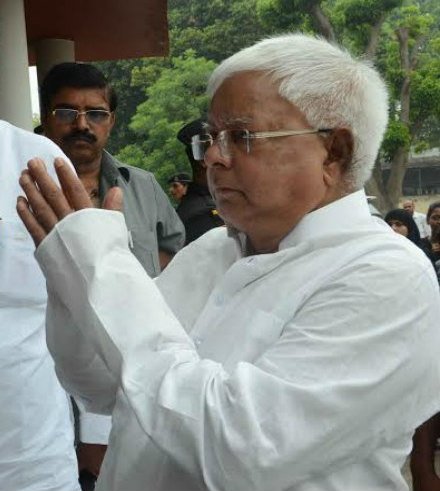 PATNA: RJD chief Lalu Prasad today found himself in a peculiar situation and rued the way the entire development took place in his life.

“I had got the court building constructed while I was the chief minister (of united Bihar) but see now I am here,” Prasad observed, speaking to a delegation of lawyers in Ranchi today.

Similar story took place in Bihar where Prasad as the chief minister had inaugurated the BJP guest house which ultimately turned into a jail for him.

The RJD chief has been frequenting Ranchi court after the SC revived the criminal conspiracy charges against him in one of the five pending cases in the in the fodder scam and rejected his plea that he can’t be prosecuted twice for the same offence.

The SC has also asked the trail courts to concluded trials in his four pending fodder scam cases within nine months.

Jharkhand, an eastern Indian state, was carved out of Bihar on November 15, 2000. Prasad ruled the united Bihar from March 1990 to July 1997 until he was forced to resign after being charge-sheeted in multi million fodder scam.