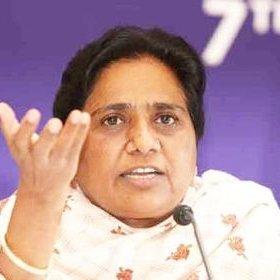 New Delhi: Hours after her angry walk out from the Rajya Sabha, BSP chief Mayawati on Tuesday quit the Upper House of the Parliament, reports said.

According to reports, she has formally handed over her resignation.

Earlier in the day, she walked out of the house as she claimed that she was not allowed to speak in the House about the atrocities against Dalits.

“If I am not allowed to speak, I will resign right now. I will come and give my resignation at this moment,” Mayawati told reporters after she stormed out of the House earlier in the day.

Mayawati  had attacked the Government in the upper house on the incidents of attacks on Dalits and when asked by the Deputy Chairman  to sit down after completing her statement, she got infuriated.

Launching a scathing attack on the NDA Government, the former Chief Minister of Uttar Pradesh brought up the issue of atrocities against Dalits in Uttar Pradesh and particularly focused on the Saharanpur riots.

While interrupted, she said: “I will resign if not allowed to speak.” Immediately after this, Mayawati walked out of the house.

Nitish-Tejashwi meeting: Happy ending looks in sight after a fortnight of bitter rivalry