‘Why this brouhaha over his release? Shahabuddin has got justice from the court’ 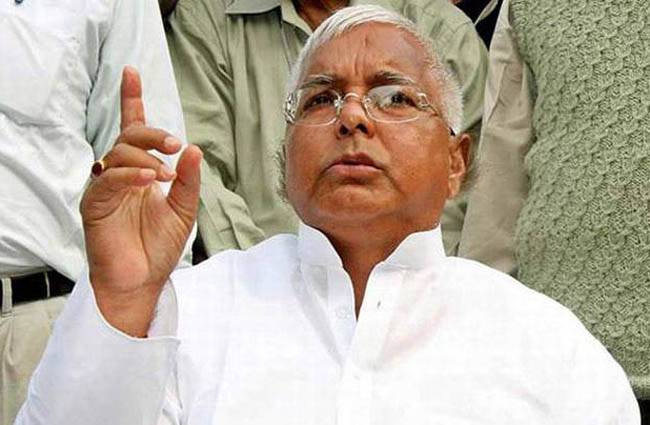 PATNA: Amid the continuing protests in Bihar over release of controversial party colleague Mohammad Shahabuddin, RJD president Lalu Prasad today came to his rescue saying, he had got justice from the court.

“An unnecessary controversy is being created over his (Shahabudin’s) release. He has been granted bail by the court, and not by Lalu Prasad or Nitish Kumar,” Prasad told a TV News Channel in Patna today.

Reacting to the differences in the grand alliance over the issue, he termed them as “useless”.

The entire opposition in Bihar has taken to streets since Shahabuddin walked out of the jail on Saturday after 11 years, and has accused the state government of clandestinely helping the RJD strongman secure release.

A delegation of the led by the BJP has already met the Governor, seeking cancellation of his bail and imposition of Crime Control Act (CCA) on Shahabuddin.

Yesterday, the NDA leaders stated a day-long sit-in with the same demand and today again they held dharans at district headquarters to register their protest.

Amid the increasing demand of his arrest, the state government is now said to be mulling to challenge Shahabuddin’s bail in the Supreme Court. There are also reports of the CBI taking over the case although nothing has been announced officially.