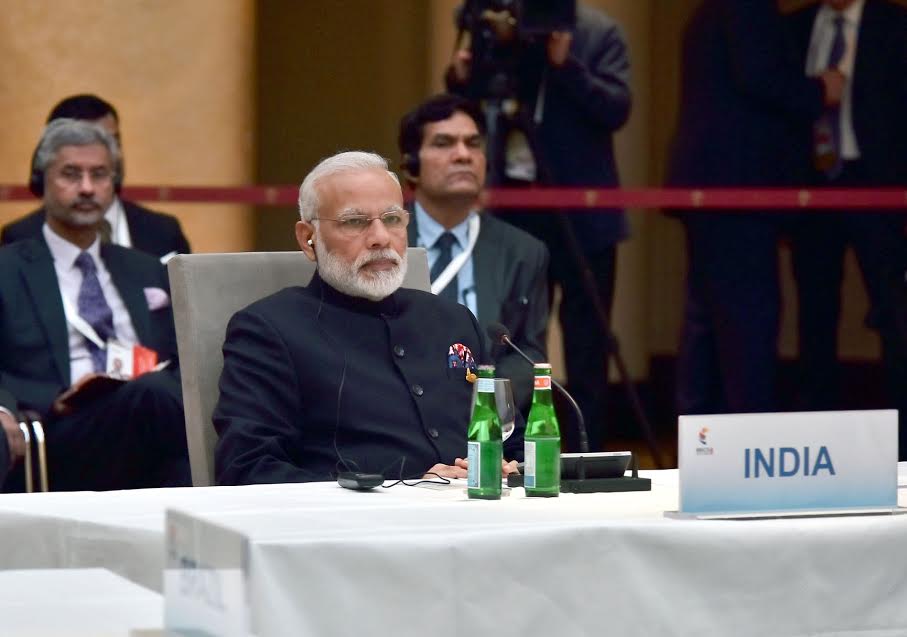 Hamburg: The leaders of the 5 BRICS countries, including Indian Prime Minister Narendra Modi, held an informal meeting on the sidelines of G20 Summit in Hamburg, Germany.

This was in run up to the forthcoming 9th BRICS Summit in September in Xiamen, China.

In their interventions, the leaders discussed preparations and priorities for the forthcoming Xiamen BRICS Summit.

Prime Minister Modi mentioned that BRICS has been a strong voice and needs to show leadership on terrorism and global economy.

Referring to reforms in India, including the recent introduction of GST, PM stated that it was necessary to work together for sustained global economic recovery.

He advocated collective voice against the practices of protectionism, especially in the spheres of trade and movement of knowledge and professionals.

He reiterated India’s commitment to implementing Paris Agreement in letter and spirit and described its implementation globally as essential to fighting climate change.

Modi called for expeditious action to establish BRICS rating agency and stated that cooperation on development of Africa should be a priority.

The Prime Minister appreciated momentum in BRICS under the Chairmanship of President Xi and extended full cooperation and best wishes for the BRICS Xiamen Summit, as per a statement issued by the MEA.

Concluding the meeting immediately after PM’s remarks, President Xi appreciated India’s strong resolve against terrorism and the momentum in BRICS introduced under India’s Chairmanship and through the outcomes of the Goa Summit in 2016.

He also appreciated India’s success in economic and social development and wished India even bigger success.