THE INCIDENT TOOK PLACE IN DARBHANGA DISTRICT OF BIHAR 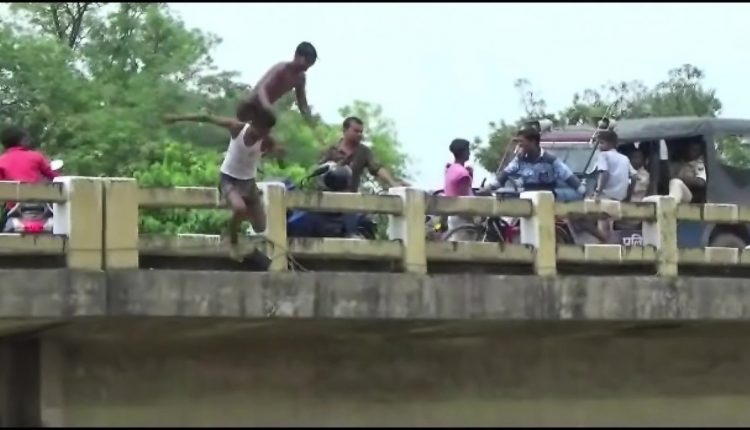 PATNA: A boy drowned in a stream of floodwaters in Bihar on Thursday in his bid to feature himself in TikTok video and get more likes.

The shocking incident took place at a village in Keoti block of Darbhanga district on Thursday, prompting the district administration to make appeal to the parents to pay attention to their children.

The video shows three friends performing stunts and jumping into the floodwater from a bridge to shoot a TikTok video.

The video shows one of the friends jumping into the floodwaters from a bridge as his two friends film the acts in their mobile phone.

In the meanwhile, one of the boys identified as Kasim suddenly starts drowning after which his friend Afzal jumps into the floodwater to save him.

Strangely, while Kasim manages to save himself after much struggle with swift currents of floodwaters, Afzal gets washed away. His body was later recovered by a rescue team.

The local administration has appealed to the people to stay from such stunts saying life is very precious.

“We appeal to the parents to prevent their children from indulging in such misadventures and taking selfies or shooting videos of the flooded areas,” local district magistrate Thyagarajan SM told the media on Friday.

He said such misadventures have claimed many lives in recent times.

Four Maoists killed in encounter with security forces in Bihar