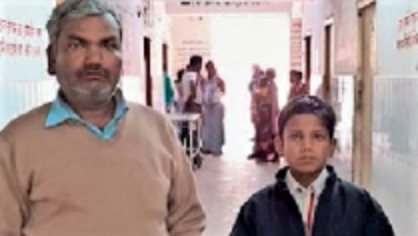 PATNA—An eight-year-old boy was given a dog vaccine after he was brought to a government hospital for treatment of dog bite, prompting health officials to order an investigation into the matter.

Vishal Kumar who hails from Jamui district in Bihar state was bitten by a street dog while he was playing at his village, reports said.

On Wednesday, he was rushed to the local Sadar hospital for the treatment of the dog bite. He was accompanied by his father Nakul Ram.

As the injection was not available at the hospital, boy’s father went to a medical store located in premises of the government hospital to purchase it.

However, a staff at the medical store administered the boy the anti-rabies vaccine meant for the dog.

The family came to know about the gross medical negligence after a local villager glanced through the wrapper lying in hands of boy’s father and raised an alarm. The boy was instantly brought back to the hospital for treatment.

“We have taken the matter seriously and action will be taken after the inquiry,” hospital’s deputy superintendent Dr Naushad Ahmed told the media on Thursday.

The gross negligence on the part of the health workers has caused strong resentment among the villagers.