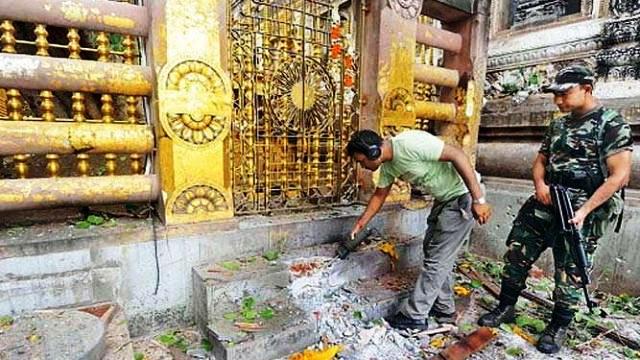 The judgment comes four years after nine blasts within 30 minutes had rocked the Buddha land on the fateful morning of July 7 when a large crowd of Buddhist monks and visitors had visited the temple for morning prayers.

Reports quoting local media said the NIA lawyer had sought death for the convicts but the special judge Manoj Kumar awarded life imprisonment after hearing appeals of both sides.

Earlier on May 25, the court had held all the accused, Haider Ali alias Black Beauty, Imtiaz Ansari, Umar Siddiqui, Azharuddin Quraishi and Mujibullah Ansari guilty for planting bombs in and around Mahabodhi temple at Bodh Gaya after going through the evidence.

As per the NIA, the explosions were aimed at killing Indian as well as foreign pilgrims, especially Buddhists, in a bid to create terror at Bihar’s pilgrimage town, reports timesnownews.com.

However, only five people, including two monks, were injured in the blasts much to government’s relief.

Out of the 13 bombs that were planted, 9 or 10 were exploded while others were defused.