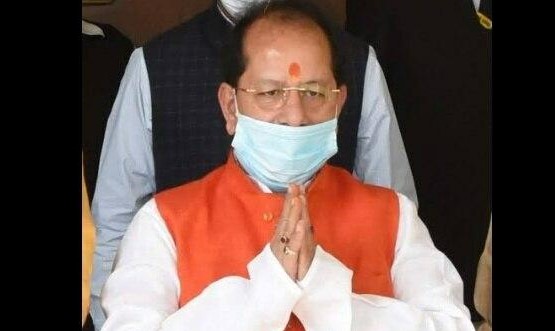 PATNA—BJP leader Vijay Kumar Sinha was on Wednesday elected the Speaker of the new Bihar assembly after a voting for the post. He is the first Speaker from the BJP.

Sinha who was the NDA candidate got 126 votes while his rival Awadh Bihari Chaudhary fielded by the Grand Alliance got 114 votes.

This was the first time in five decades that the voting necessitated for the post of the Speaker.

The election followed strong protests by the opposition members who first objected to the presence of chief minister Nitish Kumar in the House during the voting process and then rejection of their demand for voting by secret ballots.

The reason behind Opposition’s objection for presence of the chief minister in the House was that he was a member of the legislative council, and not the legislative assembly.

The pro-tem speaker Jitan Ram Manjhi, however, overruled the objection saying since he was the leader of the House, chief minister’s presence was legitimate.

Amid uproar in the House, the pro-tem Speaker went ahead with headcount of NDA legislators present in the House after the opposition raised objection over voice votes.

RJD legislator and Bihar opposition leader Tejashwi Yadav questioned the presence of the chief minister and some of his cabinet colleagues in the House and demanded that they be asked to leave the House before voting process is started.