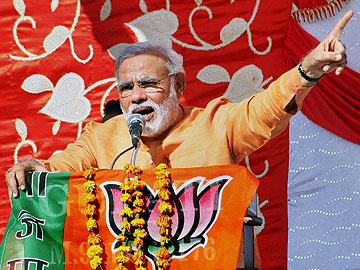 PATNA: An internal survey predicting “poor performance” by the ruling National Democratic Alliance (NDA) in Bihar in the next 2019 Lok Sabha elections has alarmed the Bhartiya Janata Party (BJP).

The development has prompted the BJP leadership to rework its strategy towards this key state having a total of 40 Lok Sabha seats.

An internal assessment of the BJP has suggested the BJP-led NDA could lose at least half of the total current strength from Bihar in the next LS polls, according to a report in The New Indian Express.

The NDA had won 31 seats in the last 2014 LS polls—they included 22 seats by the BJP, six by the Lok Janshakti Party of Ram Vilas Paswan and three by the Rashtriya Lok Samata Party of Upendra Kushawaha.

Alarmed at the “prediction”, the BJP has asked the party leaders to make extensive tour of the areas, meet the villagers, extensively publicize about the Narendra Modi government’s programmes being launched for the common masses and concentrate on retaining the support of the masses it got in the last poll, reports said.

Although it’s not very much clear what’s the basis of their assessment and what factors are working against the NDA, it is believed that the Prime Minister’s failures to fulfillment his commitment to the voters about bringing back the black money stashed in foreign banks and the complete failure of the demonetisation drive resulting in inflation and slowing down the growth rate are set to boomerang.

Further, the BJP’s move to join hands with Nitish Kumar and form government with his support in Bihar where it lost elections is also likely to go against them as the anti-incumbency factor is working fast here too, it is believed.

The worry is underlined from the fact that BJP chief Amit Shah himself has planned to undertake a three-day tour of Bihar beginning November 2.

Shah never visited the state after humiliating defeat of his party in the last 2015 state polls except for a brief visit to Patna to participate in the 350th birth anniversary of Guru Gobind Singh in January this year.

Apart from this, the BJP has planned to reach out to backward voters who matters in their scheme of things instead of getting dependent on its allies.

As part of this strategy, the BJP has planned to hold a massive “Kurmi sammelan” (conference) in Patna to woo the fellow caste men of chief minister Nitish Kumar.

The objective of the rally is to forge unity move among various sects of Kurmis and make them aware about their political rights.

The conference is to be held at SK Memorial Hall in Patna on November 5 although the move has startled the Janata Dal United (JD-U) since Kumar is now already a partner of the BJP.

Reports also said the BJP is not likely to spare too many seats for its allies this time and instead keep the lion’s share with it.

“The seats will be allotted to the allies as per their political capabilities. How can one stakes claim on 14-15 LS seats while they were able to win only two?” asked senior BJP leader Dr CP Thakur while talking to the media.

The JD-U of Nitish Kumar had won only two seats out of state’s total 40 in the last LS polls. According to BJP insiders, the JD-U could be offered a maximum of five to sevens in the next 2019 LS polls.