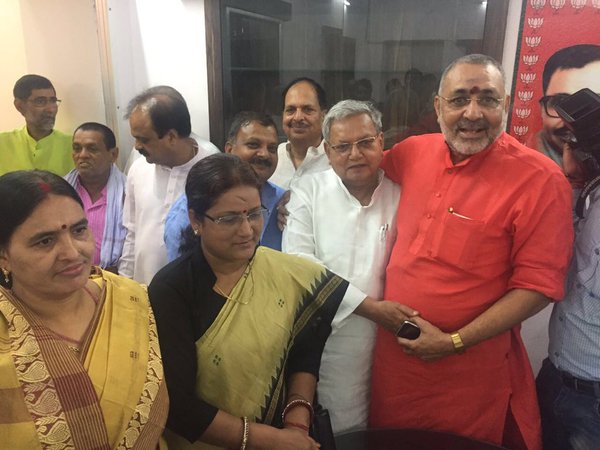 Initially, the name of Modi was strongly doing the rounds as party’s probable candidate for the RS seat but the seat eventually went to Singh.

Observers say the former deputy chief minister has spoiled his case by describing as “PM Material” chief minister Nitish Kumar who once insulted BJP leaders a lot by cancelling dinner.

Yesterday, all the four candidates of the Grand Alliance had filed their nominations together in the Bihar state assembly in the presence of top leaders such as chief minister Nitish Kumar and RJD chief Lalu Prasad.

Initially, Prasad’s wife Rabri Debi was supposed to file her papers but the party had to effect last minute change its plan, sources said.

Misa had contested the last parliamentary elections from Patliputra LS seat but she lost to her ‘uncle’ Ram Kripal Yadav.

Likewise, the selection of famed criminal lawyer Jethmalani as RJD’s second RS nominee assumes much significance given the fact that party president is accused in at least six fodder scam cases. He has already been convicted in one such case.

“I have one big responsibility to fulfill, and that is to acquit Laluji in the case…Courts too can be wrong,” Jethmalani told the media after filing his papers today.