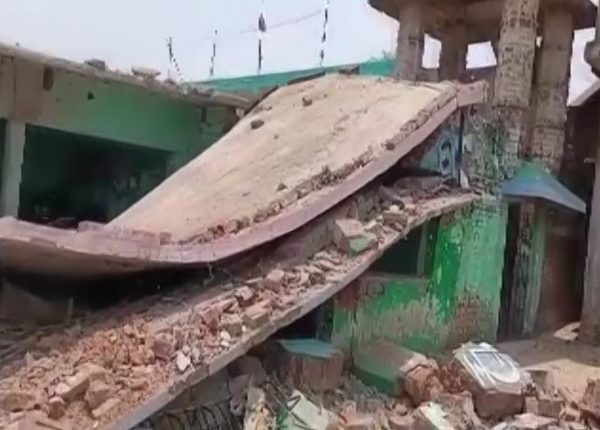 PATNA—A ruling party lawmaker has set off a new controversy by seeking to ban madarsas in Bihar, describing them as “centres of terrorism”.

BJP lawmaker from Bisfi, Hari Bhushan Thakur alleged such educational institutions had been involved in controversial activities and hence should be banned.

“Madarsas are providing education of terrorism in Bihar and hence we demand a ban on such institutions,” Thakur alleged.

Thakur made this statement a day after a massive explosion extensively damaged a madarsa building in Banka district, killing one person and wounding a few others.

The blast was so powerful that the entire building was razed to the ground. The police have begun investigation into the blast.

A couple of days back, state BJP president Sanjay Jaiswal had put his own NDA government headed by chief minister Nitish Kumar in the dock, alleging that the government had been ‘soft’ on Muslims.

Jaiswal cited at least six incidents wherein the Muslim community members had been allegedly involved in attacking Hindu members but the police didn’t act against them in a proper manner.

Another BJP leader and minister for mines and geology Janak Ram alleged some Dalit girls were converted to Islam before their wedding and demanded action against the accused persons.

A series of such developments have left Bihar chief minister Nitish Kumar in a very awkward situation since he is known for following the “secular” path and has impressive number of followers among Muslim community despite his party allying with the hard Hindu nationalist BJP.