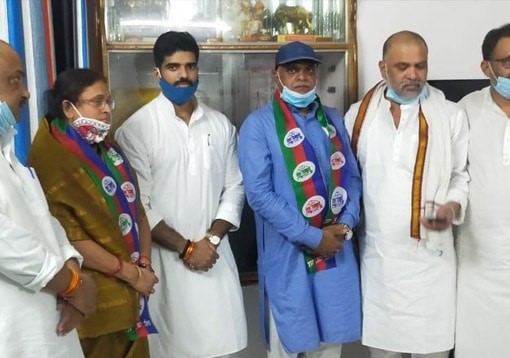 PATNA—The Lok Janshakti Party (LJP) headed by Chirag Paswan has emerged as the “shelter place” of BJP leaders who turned rebels after being denied tickets by the party.

The development has worried the party leadership which is trying hard to win Bihar elections with support from Nitish Kumar’s JD-U.

So far, four top BJP leaders have joined the BJP after failing to get tickets from the party.

The LJP which is a BJP ally at the Centre is contesting elections on 143 seats in Bihar, mostly against the candidate fielded by the JD-U.

What is strange, the BJP is contesting elections in alliance with the JD-U in Bihar this time.

The party decided to contest against the JD-U after the latter announced it didn’t have any alliance with the LJP.