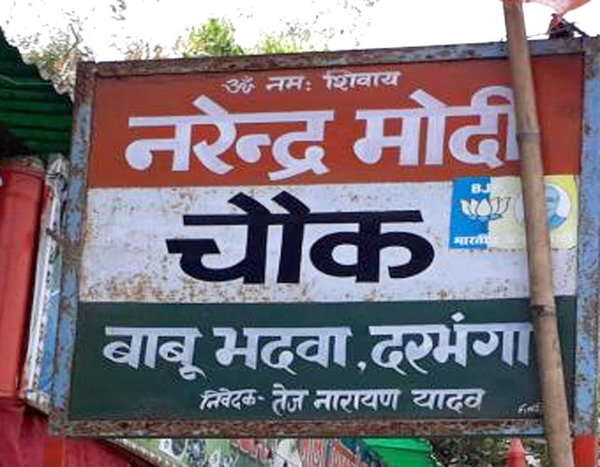 PATNA: A BJP worker in Bihar was beheaded after he named a village roundabout after Prime Minister Narendra Modi.

According to a media report, a BJP worker Tej Narayan Yadav who hailed from Bhadwa village in Darbhanga district had named the village chowk after the Prime Minister some 16 months back.

The rival villagers from neighbouring villages, however, objected to this move and wanted it to be renamed as “Lalu Yadav chock”.

This had led to tension in the areas but it took a bloody turn when a group of 40-45 villagers attacked Yadav’s house on late Thursday night and killed his father Ramchnadra Yadav with a sword, witnesses said.

The attackers also injured another family member who has been admitted to a local hospital for treatment.

“My father went to them to explain the situation, but was beheaded, they also tried to kill my brother,” his son told the NDTV.

Police have rushed to the spot and began investigation. They have arrested six persons in this connection while vigil has also been intensified.

“We have arrested four persons in this connection and are keeping a close watch on the situation,” the local senior superintendent of police, Darbhanga, Satyaveer Singh told the media on Friday.