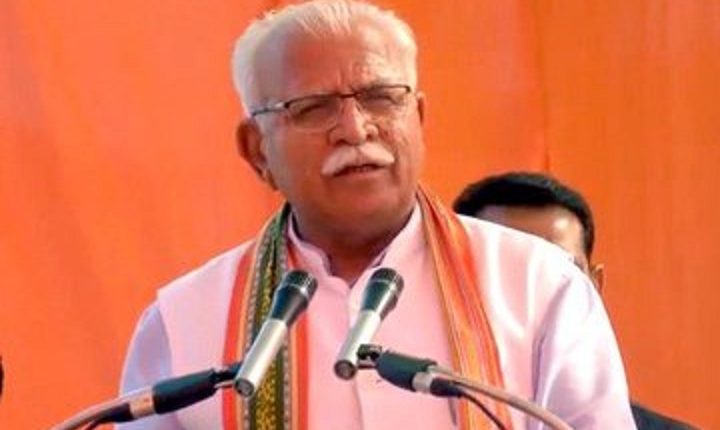 NEW DELHI: Haryana chief minister Manohar Lal Khattar said that the ruling BJP may win more than 75 out of total 90 assembly seats in the elections to be held later this month. The assembly elections in Haryana are to be held on October 21.

“There is logic behind why we have coined the slogan ‘Ab Ki Baar, 75 Ke Paar’ (beyond 75). In this year’s Lok Sabha elections, our party was leading in 79 out of a total of 90 assembly segments. Naturally, 79 is more than 75,” Khattar told Rajat Sharma participating in his weekly show ‘Aap Ki Adalat’, to be telecast tonight at 10 pm on India TV.

He said the BJP would make electoral gains due to his work in the last five years and also because rivals are very weak.

Regarding opposition’s charges about growing unemployment during BJP rule, Haryana CM replied: “We introduced transparency in hiring for government posts, and the only people who are unemployed are those political agents who used to take bribes for providing employment.

Also Read: Muzaffarpur lawyer to be prosecuted for fake sedition charges against 49 personalities

“There was this BBC (bharti, badli, CLU) industry flourishing here. There was rampant corruption in matters of appointments, transfers and change of land use. People who used to take bribes are now unemployed. Otherwise, there is no employment anywhere in the state. (Hamare yahan berozgari kahin nahin hai),” he claimed.

On his earlier controversial remark about those eating beef have no place in India, Khattar said, “Half of my remark is correct, and the other half is not. I did not say beef eaters have no place in India, but I stand by my remark that people should not eat beef because they should respect the feelings of our society. Beef eating is not good. People should keep the feelings of others in mind. We should respect each other’s feelings.”

Bihar village decides not to attend last rites of alcoholics