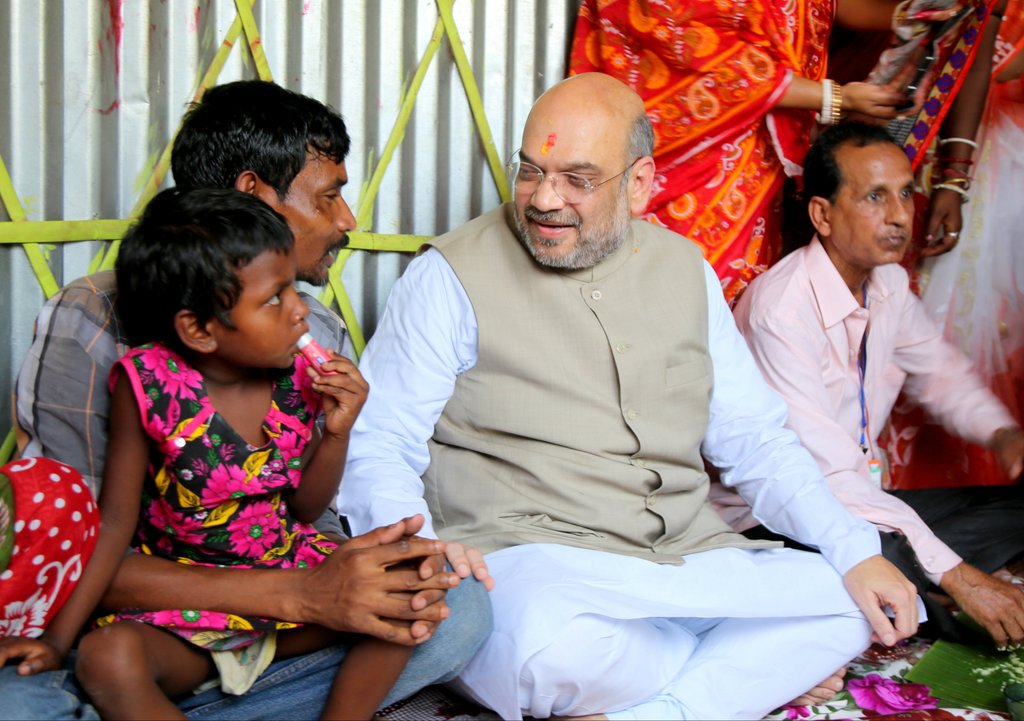 New Delhi: BJP President Amit Shah said on Wednesday that his party would aim at clinching highest number of seats in the Lok Sabha polls in Bengal in 2019.

“The BJP is aiming at winning highest number of seats in the 2019 Lok Sabha polls,” Shah said here today.

“All BJP karyakartas have vowed to reach out to the people of Bengal with the mantra of #EbarBangla to rebuild ‘Sonar Bangla’,” he said.

Shah appreciated and thanked people of Delhi after the BJP clinched victory in the MCD polls.

“The result of the Delhi MCD moved BJP’s success story far ahead,” he said.

“People of Delhi have showed that they will not support negative politics. They will only support politics which aims at development,” he said.

Shah said: “I am thankful to the people of Delhi for the result.” West Bengal will vote to elect a new Assembly in the state in 2021.