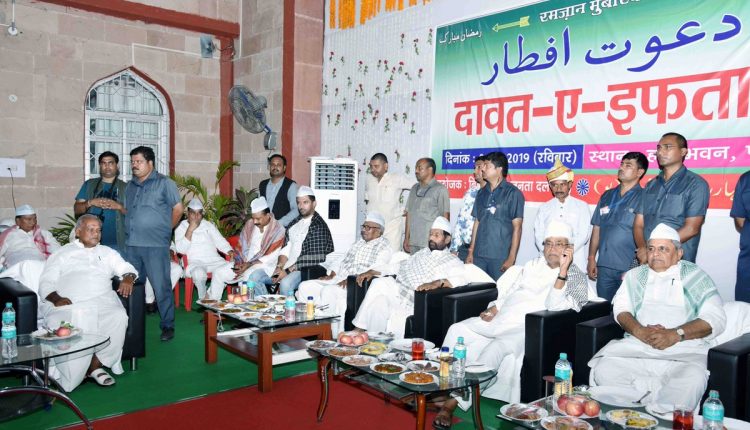 PATNA: All doesn’t appear well between the JD-U and BJP, the two key allies of the ruling NDA in Bihar.

Barely hours after none from the BJP was given the place in the Nitish Kumar cabinet during Sunday cabinet expansion, BJP leaders were found missing from the Iftar party hosted by the JD-U the same evening. Likewise, no JD-U leaders attended the BJP Iftar party.

Similar thing was witnessed at another Iftar party hosted by the BJP in the Madarsa Shamshul Hoda premises the same evening when none from the JD-U joined the function. The LJP was the only party which remained present at both the places.

Deputy chief minister Sushil Kumar Modi, however, downplayed the story and rejected any rift in the NDA.

“May be the JD-U and BJP leaders didn’t join each other’s Iftarn party owing to timing problems. Nothing should be read into this,” Modi told the media.

Fissures between the two NDA partners have increased after the JD-U was offered only one cabinet berth in the Narendra Modi cabinet despite it winning 16 Lok Sabha seat.

The bitterness amply reflected during the Sunday cabinet expansion when all the eight ministers inducted into the Nitish Kumar cabinet were only from the JD-U while none from the BJP was given the place. Nitish Kumar, however, claims all is well between them