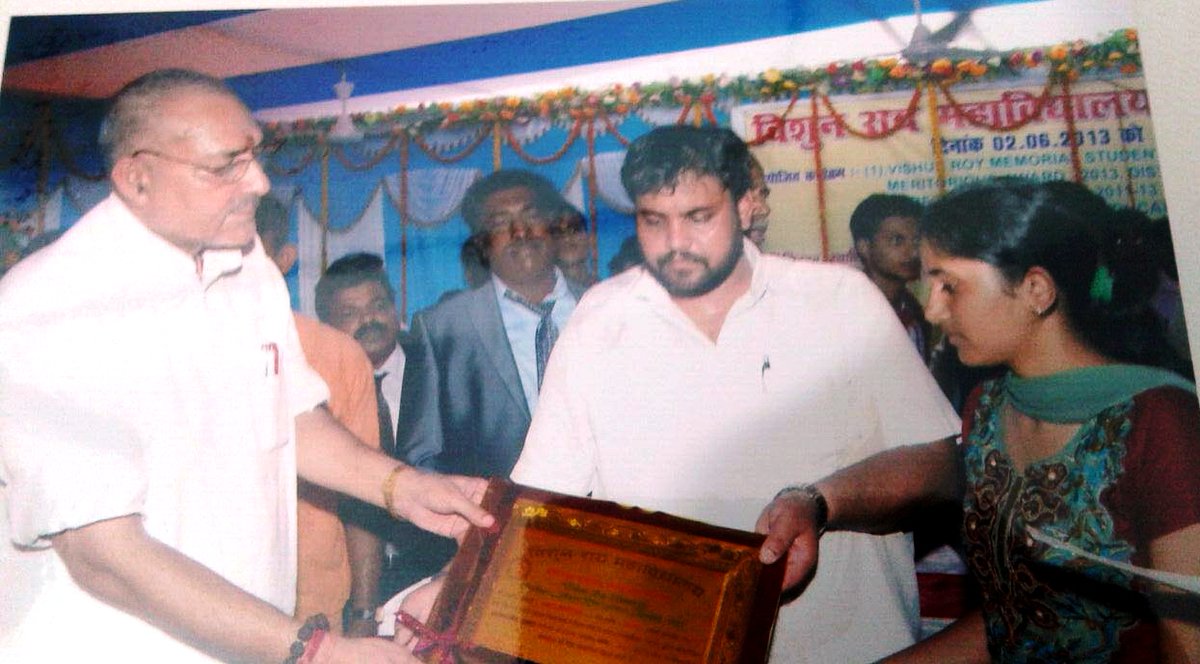 Tejashwi who is son of RJD president Lalu Prasad also shared on his Twitter handle four photographs of the minister sharing dais with the scam accused and his father.

In one of the photographs, Singh is seen giving away prize to a student in the presence of Baccha Rai, the principal of the scam-tainted Vishun Rai College in Vaishali.

The main culprit has cordial relation with a central minister who regularly joins his college functions to distribute prizes to toppers.

All malpractices of dis collage wre tking place probably by encouragement of him. ModiJi's Minister wanted to open a Med collage wiv culprit

He further alleged all the malpractices of this college were taking place “probably by encouragement of him” adding “Modi’s minister wanted to open medical college with culprit”.

Rai who was arrested by the police yesterday reportedly told his interrogators that he had direct access to the minister and that he also allegedly paid money to Lalkeshwar Prasad, the former chairman of Bihar School Examination Board.