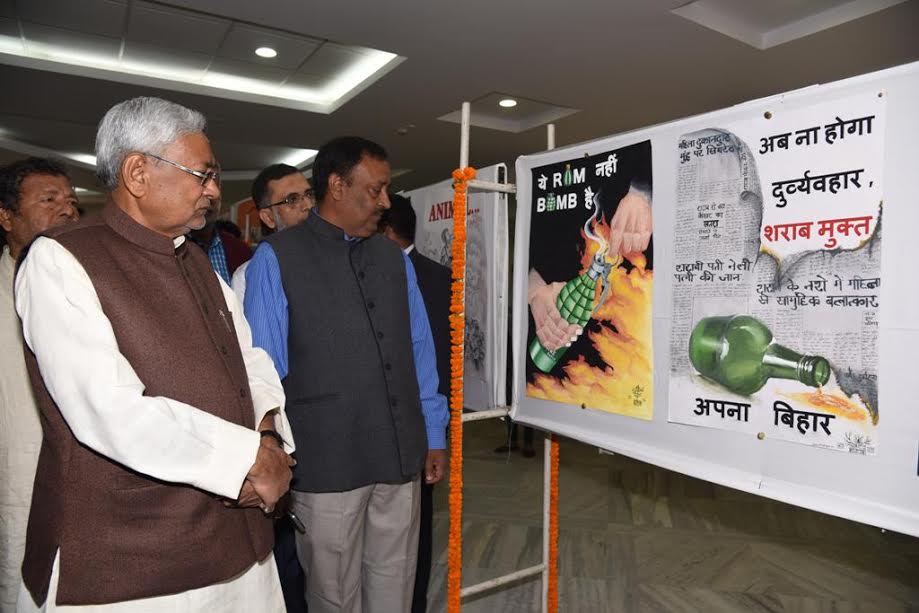 All the deaths were reported from Nalanda which is the home district of chief minister Nitish Kumar.

Family members told the local media that the victims had gone to bed after consuming locally-brewed liquor but late night their condition started suddenly deteriorating and they died soon.

“He felt uneasiness at night after consuming liquor being sold in the village. He died on way to the hospital,” said Lalita Devi, daughter-in-law of Bhago Mistii who reportedly had consumed spurious liquor.

Nalanda District Magistrate Shashank Shubhankar told the local media that the administration has launched “combing operation” in the areas after the liquor deaths.

“We have been seeking for a review of liquor ban for long since only the poor masses are bearing the brunt of this ban while the high and the mighty have gone scot free,” Patel said, mocking his own government’s move. He alleged liquor is easily available across the state.

Another NDA ally and Hindustani Awam Morcha (HAM) president Jitan Ram Manjhi too demanded a review of the liquor law saying he was tired of making such requests.

“If the Prime Minister can withdraw the controversial farm law why can’t this liquor law be? I don’t know why Nitish Kumar has failed to understand it so far and made it a matter of prestige,” Manjhi said.

“At least the Bihar government should adopt the “Gujarat model” since it is not practically possible to enforce total ban on liquor,” Manjhi said adding now the Supreme Court had repeatedly said the Bihar prohibition law had created an impact on the functioning of the Patna High Court.

“You know how much impact this law (The Bihar Prohibition and Excise Act, 2016 ) has created in the working of the Patna High Court and it is taking one year to get a matter listed there and all the courts are choked with the liquor bail matters,” the chief justice was quoted as saying by PTI.

“I have been told that 14-15 high court judges are hearing these bail matters every day and no other matters are being taken up,” Justice Ramana observed while rejecting as many as 40 appeals of the state government against grant of anticipatory and regular matters by the high court.