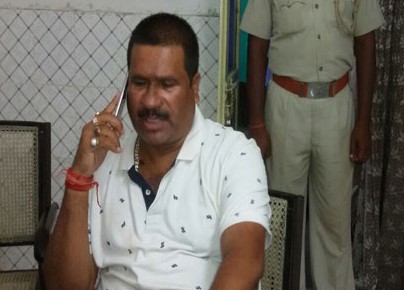 PATNA: A Bhartiya Janata Party (BJP) lawmaker Tunnaji Pandey was today arrested by the police for allegedly molesting a minor girl traveling on a train.

The lawmaker was arrested from Gorakhpur-bound Purvanchal Express coming from Kolkata. The incident took place near Sarai station on the Hajipur-Muzaffarpur railway section.

According to a complaint lodged with the GRP, the lawmaker allegedly molested a 12-year-old girl travelling on the train and also tried to drag near the toilet after which she raised an alarm.

The victim, daughter of a trader having his business in Thailand, had her berth allotted near the lawmaker, as per the report.

He was arrested moments after the train stopped at the Hajipur station Sunday morning.

“We have arrested the legislator on the basis of a written complaint of victim’s father,” GRP’s station-in-charge Sanjay Singh told the media today.

Pandey is among a dozen Bihar lawmakers arrested by the police on various charges.

Earlier, the police had arrested RJD lawmaker Raj Ballabh Yadav for allegedly raping a minor girl. Yadav is currently in jail in connection with the case.