As BJP fails to take any notice, Nitish Kumar’s JD-U plans to go it alone in Jharkhand 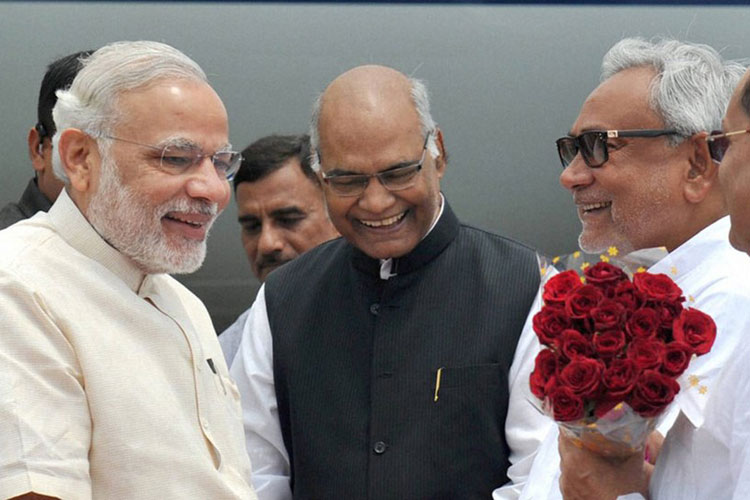 PATNA: The JD-U finds itself in a Catch-22 situation.

The party’s hopes for better relations with BJP had increased after Nitish Kumar ended alliance with the RJD and Congress and returned to the BJP camp in July last year.

Yet nothing seems to have changed for the JD-U as the BJP continues to ignore the JD-U in Jharkhand. Angry JD-U is now planning to fight elections on all the 81 seats in the state in the next elections.

Reports said the JD-U has moved quite much ahead in this direction and is holding workers’ conferences in all the districts to know about the views of its workers.

So far, the party has held workers’ conference in 20 districts while a state-level conference is scheduled to be organized on February 25 which will be attended by national JD-U chief Nitish Kumar.

“Our alliance with the BJP is limited to Bihar only while in other States we are fighting elections separately,” JD-U’s Jharkhand in-charge Ramsevak Singh told the media on Monday.

Reports said the JD-U is irked at the way the BJP is taking no notice of its alliance partners or consulting in any administrative matters. The JD-U was not even consulted on state’s budget for 2018-2019.

As such, the JD-U finds itself in a peculiar situation as while its alliance partner is ignoring it, the opposition parties too have distanced from the JD-U for its dilly-dallying stands.

Till some time back, Babulal Marandi’s Jharkhand Vikas Morcha (JVM) was looking closer to the JD-U and even invited Nitish Kumar to its party programmes but now that he returned to the BJP camp, the JVM too has shut its door on Nitish.

Owing to frequent changes in its stand, the JD-U has fast lost its support base over the years. The party which won five seats in 2005 has none to represent in the Jharkhand assembly now. In the last assembly elections, the JD-U failed to open its account.