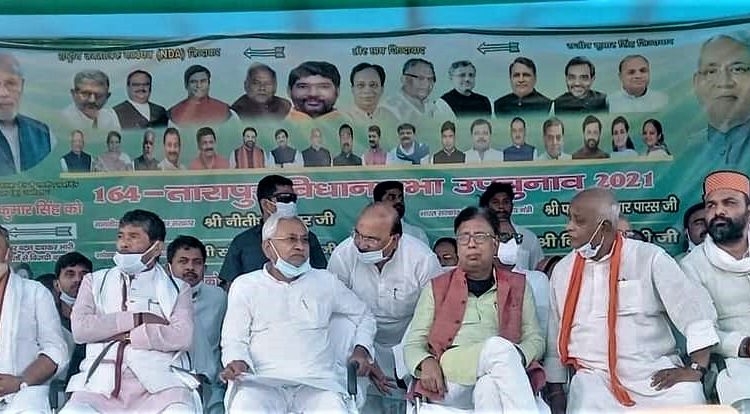 PATNA—All-party meeting over caste-based census remained delayed as the BJP has not made its stand clear so far, it has been learnt.

The revelation came to light after the local media asked questions from Bihar chief minister Nitish Kumar over the issue on Monday.

“All parties, except the BJP, have agreed to holding an all-party meeting to decide modalities of a state-specific exercise. The date will be announced once we hear from the BJP,” chief minister Nitish Kumar was quoted as saying by PTI.

Kumar though said he was not blaming his ally for keeping the matter pending and added that he was confident of getting “positive response”.

All political parties except BJP want conducting a headcount of castes in the state. Especially, the RJD has been strongly pressing for caste census and even asked the chief minister to conduct it at its own level.

The Centre has made it clear that as in the past, a fresh headcount of only SCs and STs will be made. This has created turbulence in Bihar, where the OBCs have dominated the political space for decades.

Upset at not being given money, teenager ends life on his B’day