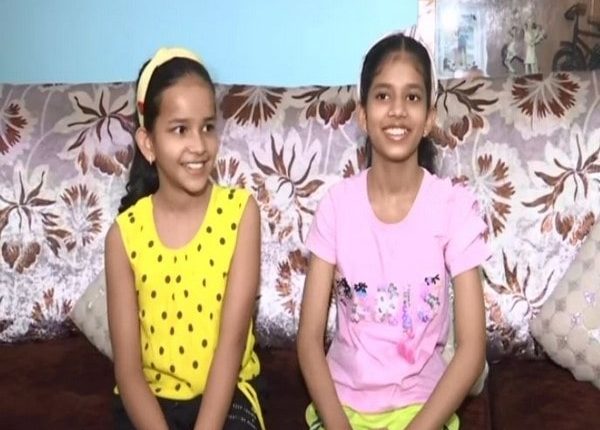 PATNA—Well you might be aware about the Spiderman effortlessly climbing the walls but two little girls from Bihar are currently doing only just that!

Sounds weird but these girls, both sisters, from Patna have become the talk of the town for their unique stunt of climbing the sleek walls or pillars just like “Spider-Man”, a superhero appearing in American comic books published by Marvel Comics.

11-year-old Akshita Gupta and her nine-year-old sister Kripita Gupta, residents of Danapaur locality in Patna, have stormed the social media space for their rare feat to effortlessly climb the walls just with the help of palm and feet, and not without any support.

Local residents have now begun calling them as “Spider Girls” or “spider Sisters” for their peculiar trait. Strangely, they have not received any training.

For the past one month since the video of the girls went viral on social media, people have been rushing to meet the “Spider Girls” and watch them climbing the walls.

So far, the people were aware only about the reel-life “Spider-Man”, the prominent character from an American movie which has been drawing large crowds in the movie theatres but now they met this character in real life.

Akshita said she loved watching Spider-Man’s cartoon shows, movies based on this character and also reading comic books, and was inspired by their rare trait to crawl on the wall like a spider. “I used to wonder how they would do it so easily and thought of repeating the same act,” elder sister Akshita said.

According to her, she would practice climbing the walls and granite pillagers in her house while their parents were away and eventually mastered the art of crawling on the walls after long practice.

“When I was able to climb the 12-feet high granite pillars and touch the ceiling in my house, then I called my parents to show her the feat. They were completely stunned to watch me easily climbing the pillar,” said Akshita who studies in Grade VII.

She revealed she began practicing this stunt at the age of five but when their parents saw her doing this they chastised as they feared she might fall and suffer injuries.

“Since then I practiced this stunt only when my parents were away,” she added. Her father Ajeet Gupta is a businessman while her mother Sangeeta Gupta is a housewife.

Akshita said her younger sister Kripita who is enrolled in Grade IV too has learnt this art after constant practice under her guidance. Both the sisters want to be mountaineers and said they feel very proud of being addressed as “Spider Girls”.

However, the world came to know about these sisters’ talent after someone made a video of these girls climbing the pillars and uploaded them on social media platforms, Facebook and Twitter.

“Initially I was scared when I watched my elder daughter climbing the wall and pillar and warned her against doing that but now I can see how they did rigorous practice in my absence and achieved the unachievable,” girls’ mother Sangeeta Gupta said. She is happy to find the people inquiring about their stunt and the people commenting on their videos on social media.

Father Ajit Gupta wants to train their daughters in such an institute where their talents could flourish. “I want to fulfill my daughter’s dream of becoming a mountaineer and climbing the peaks of the Himalayas,” Gupta said.