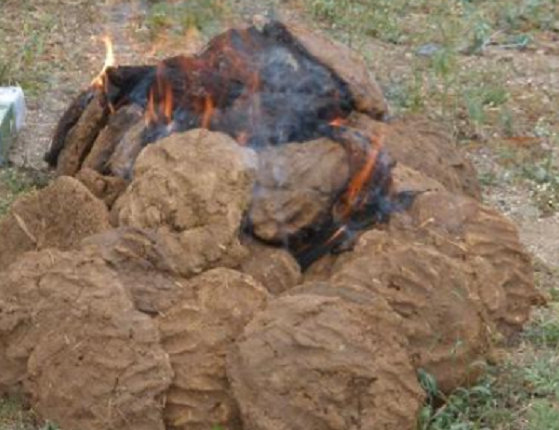 PATNA: Authorities have announced to ban use of cow dung cakes and coal in roadside food stalls in Patna in another bid to check air pollution in the state capital.

The ban is to be imposed in the Patna municipal corporation area.

“Cow dung and coal have been major sources of pollution and hence we are banning them with immediate effect in road side hotels and food stalls,” Patna Municipal Corporation’s executive office Sushil Kumar Mishra told the media on Saturday.

National Association of Street Vendor of India has opposed the ban saying it would shut down around 5,000 street food stalls in Patna.

Also Read: Beware! Drinking in public could get you 10 year jail term in Bihar

The ban is likely to badly affect cooking of typical Bihari foods like “litti-chokha” (a ball-shaped stuffed food served with smashed potatoes) which are better prepared with the use cow dung or coal.

The state government, of late, has initiated variety of measures to check air pollution in Patna.

They include banning diesel-run autos, 15-year-old government vehicles and commercial vehicles, stubble burning and covering garbage and construction material while being carried on the streets.

Bihar govt orders to diagnose again 16,477 passengers who returned from…

From Chinese President to ‘Miss…