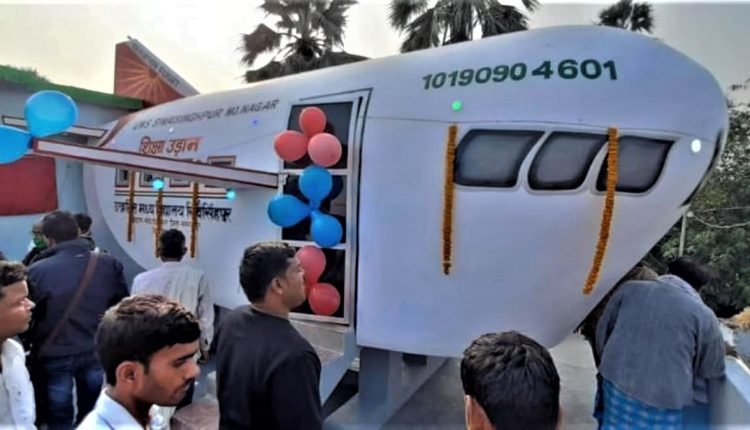 PATNA—A library designed like an airplane has generated much curiosity among the students and the villagers who are rushing to see it from a close.

The airplane-shaped library nicknamed “Education flight” has been constructed by an Upgraded Middle School, Shivesinghpur located in Samastipur district of Bihar.

School headmaster Meghan Sahni got this uniquely-designed library built from his own fund to develop reading habits among the schoolchildren and focus on their study. Sahni spent Rs2 lakh from his pocket.

According to him, he constructed the library on the theme of an airplane since he wanted the poor schoolchildren from the villages to “experience the same joy of boarding a plane while also reading”.

The idea has become a big hit now with the local villagers rushing to the spot in hordes to have a glimpse of the library and take selfies with it.