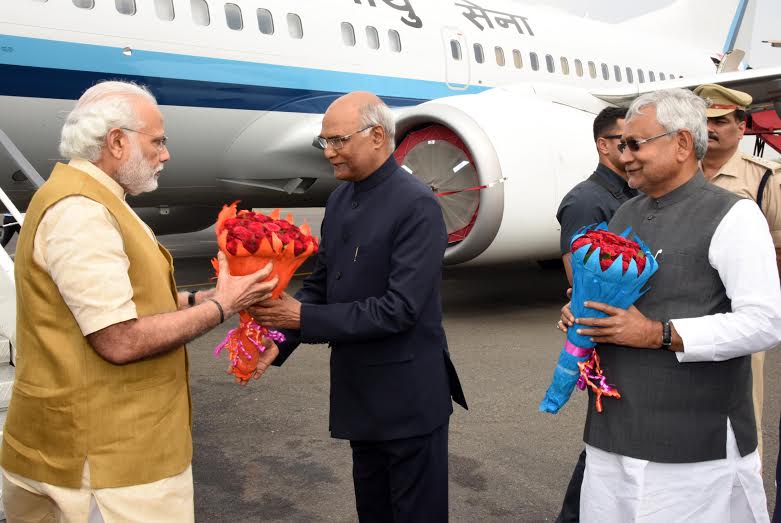 The PM made this announcement while dedicating to nation various railways projects, including the newly-constructed Digha-Sonepur rail-cum-road bride, at Hajipur in Bihar on Saturday. This was the first visit of the PM after the October-November Bihar assembly polls where the NDA lost badly to the Grand Alliance headed by Nitish Kumar.

“Bihar is a priority for us because we feel Bihar’s progress is key to India’s progress,” the PM said, addressing a huge gathering on this occasion. A number of leaders like Bihar Governor Ram Nath Kovind, chief minister Nitish Kumar and several Union Ministers graced this occasion.

“My conviction is that India can’t march ahead if Bihar lags behind. So, I have focused more on the development of this state in the past one-and-a-half-year,” the PM said.

He advocated for complete modernisation of railways saying it was not only the means of mere transportation but an instrument to give push to country’s economy.

The PM also announced his government’s plan to launch a high-speed train nicknamed “Tejas” which, he said, will run with a speed of 130 KM/H.

“A country like India can’t run with ‘chhuk-chhuk’ (snail) speed, and hence we have planned to launch Tejas as an experiment,” the PM said, adding “Infrastructure, road and railways give speed to progress”.

Earlier in the day, the PM also attended the closing ceremony of the Centenary Celebration of the Patna High Court which among others was attended by the Chief Justice of India Justice TS Thakur.

Addressing the function, the PM said the quality of judgment would improve with the active use of technology.

“In the present we have something that we didn’t earlier: the power of technology. Let’s make the bar, bench and court tech savvy,” the PM said adding it was also a time for new resolves and to think of new benchmarks.

He also mooted a novel idea of courts coming out with an annual bulletin to highlight the oldest cases being tried by them to help create sensitivity on pendency of cases in the country.

In his address, the Chief Justice described Bihar as a very big state rich in history and heritage, home to three major religions.

“It’s time for us to do some introspection. We shouldn’t be complacent and realize that challenges are ahead,” said the CJ.

Munni and Sheela continue to bleed Bihar at this marraige season