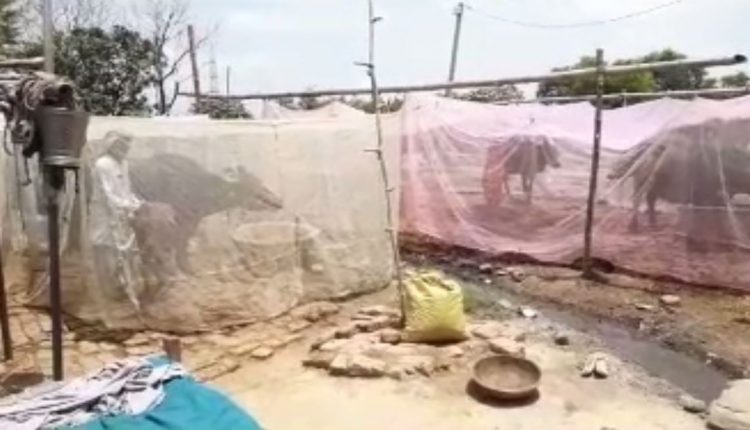 PATNA: It’s not only the human beings who love comforts but the animal too!

Sounds crazy but the villagers in Bihar are keeping their cattle well covered under mosquito nets so that they take full rest at night and give plenty of milk.

The villagers in Kaimur district began arranging mosquito nets for milch cows and buffaloes after the mosquito attacks at night left them restless, reducing their milk capacity.

“Owing to mosquito bites, our cattle were going restless at night and didn’t take full rest. This had reduced their milk capacity. Eventually, we decided to keep them safe under the cover of mosquito nets,” said a cattle owner from Bhabua.

“Now, we are happy as our buffaloes are giving more milk since then we provided them comfort,” he added.

Local media has reported that more cattle growers are now ordering for mosquito nets for their cattle.