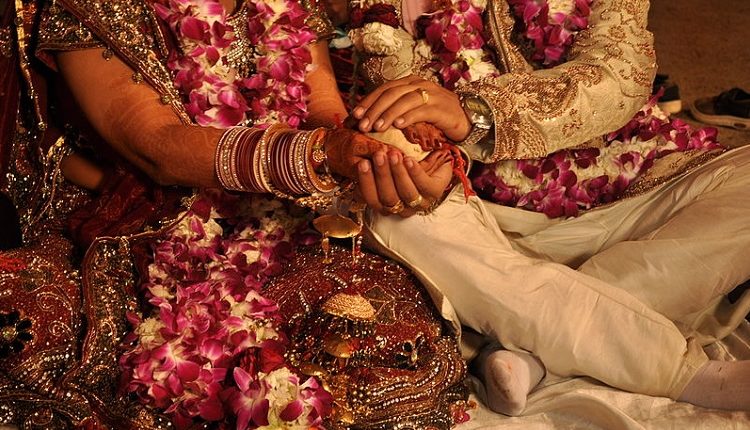 PATNA: A villager in Bihar married his wife with her boyfriend to fill happiness in her life in what has become a talk of the town. The bizarre wedding took place in Jagdishpur block of Bhagalpur district this weekend.

As per media reports, the youth, a resident of Bhagalpur district, had married a girl from Godda district in Jharkhand some four years. In due course, the couple had a son and they were living very happily in a rented room in Salepur locality of the town.

A twist in their marriage tale came recently when the youth was arrested in a criminal case and subsequently sent to jail.

It was during the time that the woman came closer to her landlord’s son Monu Kumar Singh 20, and both started meeting frequently.

Very soon, their meetings blossomed into love affairs and they vowed to stay together come what way.

In the meanwhile, the man returned home from the jail and was shocked to know about her love story. He tried hard to convince her but she flatly refused to listen anything from her husband and remained adamant on living with her boyfriend.

Eventually, the man married his wife to her boyfriend in the presence of local villagers and then saw her off with a heavy heart.

Before seeing his wife off, the man also handed over his two-and-a-half-year-old son to the newly-married couple as a perfect wedding gift.

“The youth married his wife with her boyfriend with the consent of two families at the village court with local villagers as witnesses,” a local sarpanch Pawan Kumar Sah told the media on Tuesday. A sarpanch is a village council official with limited judicial power.