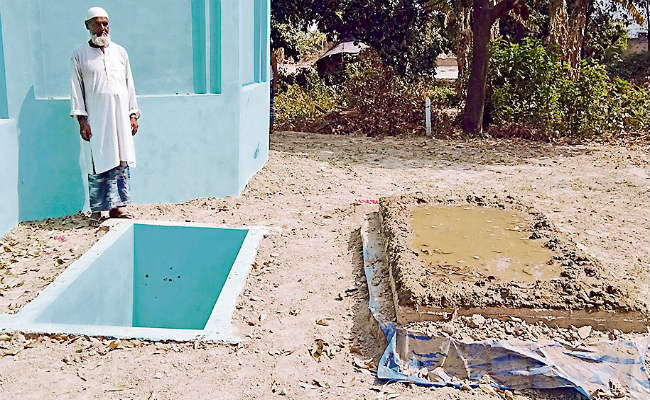 PATNA: A Muslim villager in Bihar has dug out his grave close to his dead mother’s burial place since he doesn’t want to be separated from her anymore. His mother died in 1999.

Manzoor Hasan, a resident of Balhan village under Barauli block in Gopalganj district, has dug out his grave under his own inspection since he was not sure if his son would bury him near his mother’s grave.

“I loved my mother too much. So much so much that I didn’t go anywhere leaving behind my mother. When she died in 1999, I buried her near my home so that I could remain close to her,” 70-yar-old Hasan told a local media on Monday.

“I have dug out my grave in my lifetime since I was not sure if my last wish will be fulfilled by my son or not ,” he added.

Some time back, a similar story had come from Hazaribagh district in Jharkhand where a man dug out his grave in his life time.

He would go inside the grave every day, offer prayers inside and pass time the whole day awaiting his death.