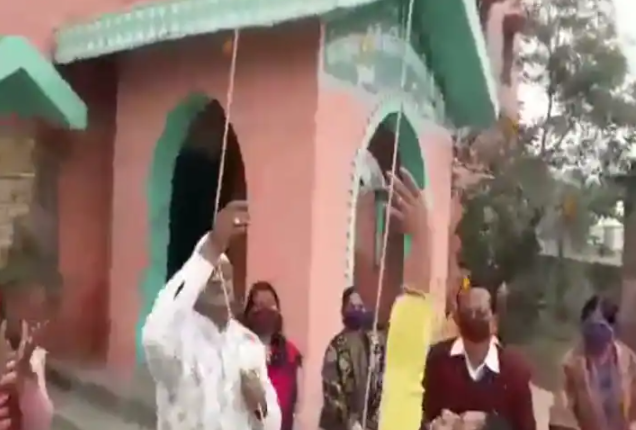 PATNA—Two senior officials clashed over unfurling the national flag at a government school during the Republic Day in Bihar on Wednesday.

Witnesses said school runner Rajesh Kumar was preparing to unfurl the flag when school warden Shweta Bharti indulged in verbal duel with him.

Setting aside her objections, Kumar went ahead with pulling the rope of the flag when Bharti too held the same rope and in the ensuing clash, the national flag got unfurled, witnesses said. A video of the incident has now gone viral on social media.