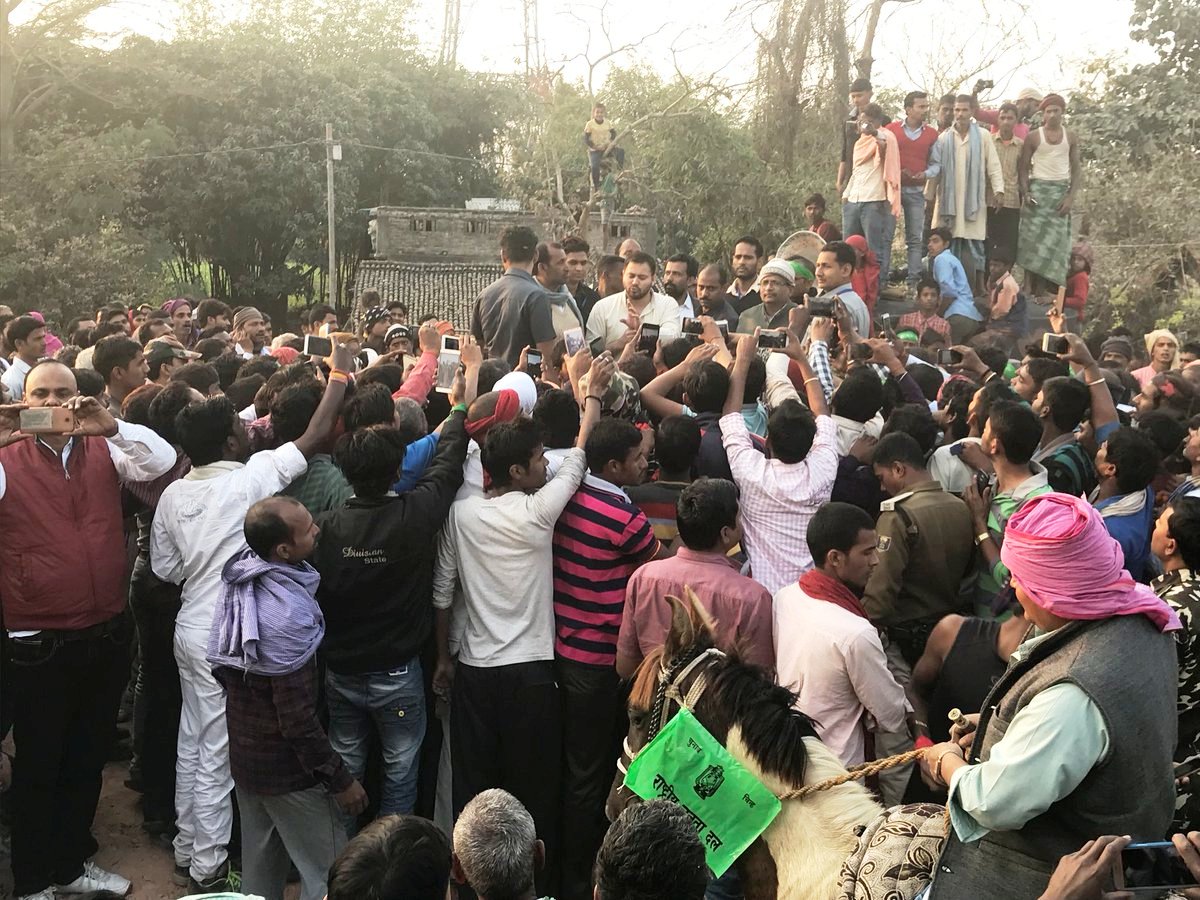 PATNA: Bihar opposition leader Tejashwi Yadav today proceeded on his ‘Nyay yatra’ which will formally start from Katihar with a rally on Saturday.

He expressed shock over the way the chief minister chose to ignore the family of rape victim in Gaya district despite being present there.

“He (CM) didn’t think it fit to even meet the family of the rape victim, rather he returned to Patna from the Gaya airport itself. I have not come across such a timid chief minister like him,” he tweeted.

He suggested the chief minister to first contain the crime situation in the state, rather than becoming a “social reformer”.