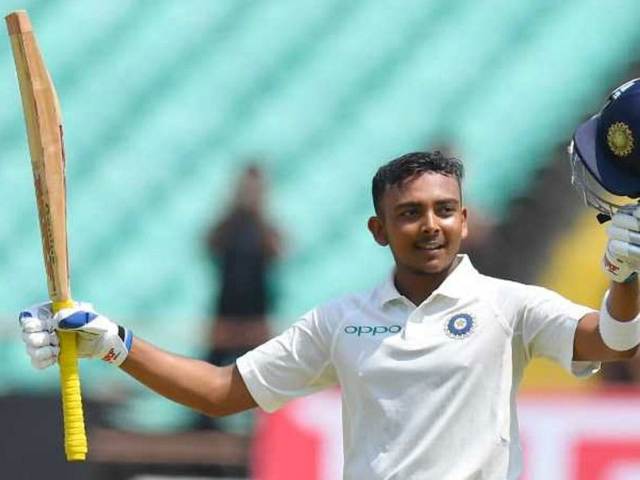 PATNA: A town in Bihar erupted in joy and celebration after Prithvi Shaw scored a century in his debut Test match against West Indies on Thursday.

There is a strong connection between this 18-year-old batsmen who is the youngest Indian to score a century on debut, and Bihar.

Although Shaw is a Mumbai batsman, he originally hails from Manpur town in Bihar’s Gaya district. His grandparents still stay in Gaya and run a garment shop.

Jubilant villagers today came out on the streets and burst crackers once Shaw scored a century off just 99 balls.

They also rushed to the house of grandparents and congratulated him, besides distributing sweets.

“It’s a great day for all of us. Someone from Bihar has achieved a rare honour. We are very happy,” said the jubilant neighbours.

Shaw is the third batsman to hit debut ton in under 100 balls, media reports said.

Earlier this year, he lifted the Under-19 cricket world cup, captaining his side to victory against Australia in the final.

The youngster has been in red hot form throughout the domestic season, scoring hundreds at ease.

Seven Rohingiyas to be deported to Myanmar as SC rejects plea