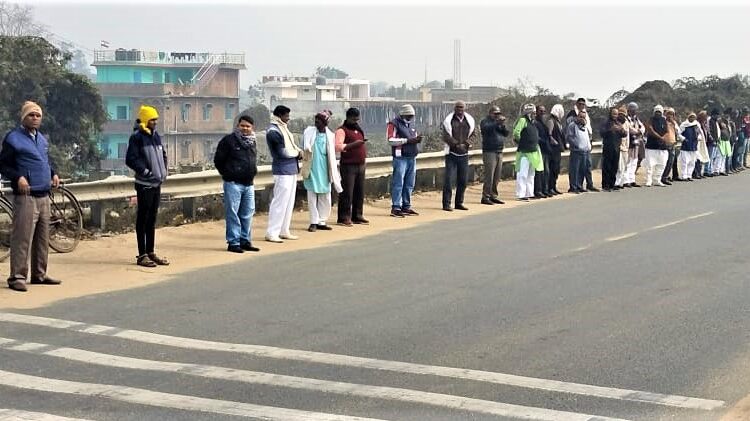 PATNA—Thousands came out on the streets in Bihar braving biting cold and chilly winds on Saturday to support the farmers who have been protesting against three controversial far laws for the past over two months.

Carrying national and party flags in their hands, thousands of villagers owing allegiance to the Opposition Grand Alliance formed spectacular human chains across the state today, shouting slogans against the government and demanding that the three farms laws be withdrawn.

The people across all age-groups stood along the main streets, state and national highways for half an hour to express their solidarity with the agitating farmers in the inclement weather.

The call for protest was given by three Grand Alliance partners, such as the Rashtriya Janata Dal (RJD), the Congress and the Left. 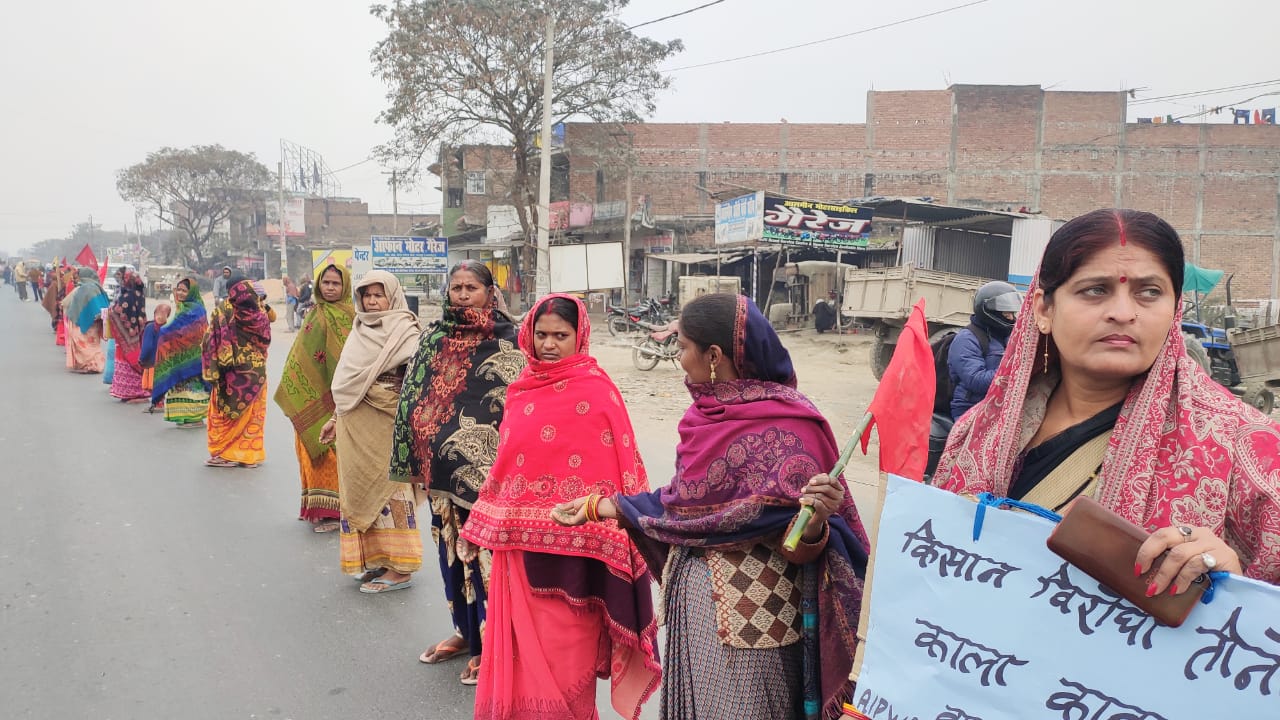 For half an hour in between 12.30 PM to 1 PM, all the streets and highways appeared flooded with the colourful flags, both the flags of three parties and national flags, and reverberated with chants of “Hindustan Zindabad”.

“The scrapping of APMC (agricultural produce market committee) Act by NDA government in 2006 has turned farmers into labourers while the implementation of centre’s new farm laws will make farmers beggars. This is black law which will destroy the country,” RJD lawmaker Tejashwi Yadav alleged, while staging the protests.

He wondered why the centre wanted to implement the laws when the farmers were not interested in them, and declared that their protests would go on until these laws were withdrawn.

“They are anti-farmer bills which will benefit the capitalists,” charged Tejashwi who also happens to be the Bihar opposition leader. He alleged conspiracies were being hatched to defame the farmers’ agitation. 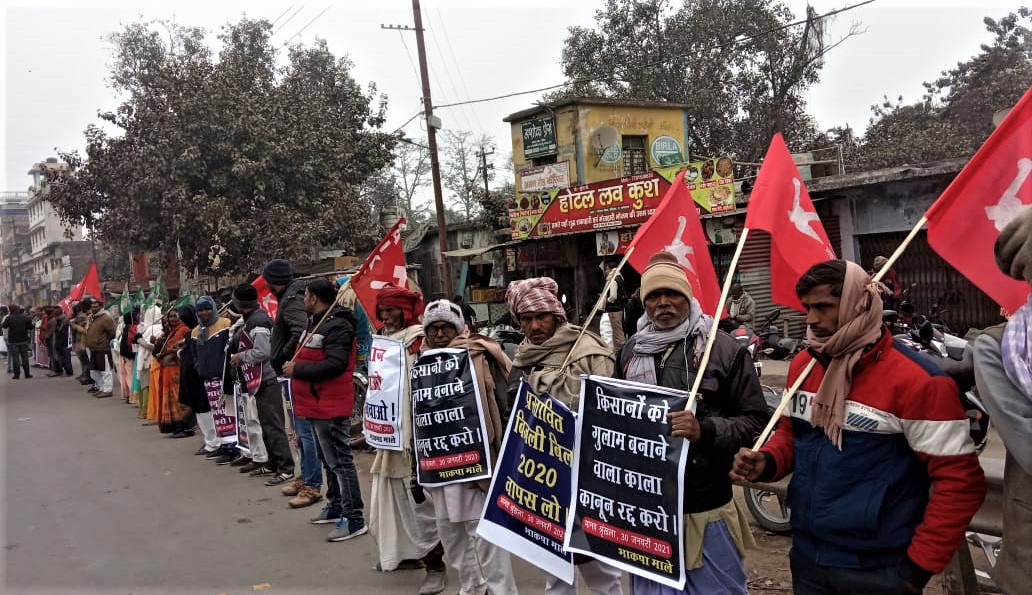 “This was not the government-sponsored human chain programme yet thousands of villagers voluntarily joined the protests against the controversial farm laws in the whole of the state,” Bhattacharya said.

He alleged the efforts were being made by a certain section of media to defame the farmer’s protest by repeatedly showing a particular incident. Apart from the farmers, the common men also joined the human chain programme, Bhattacharya said.