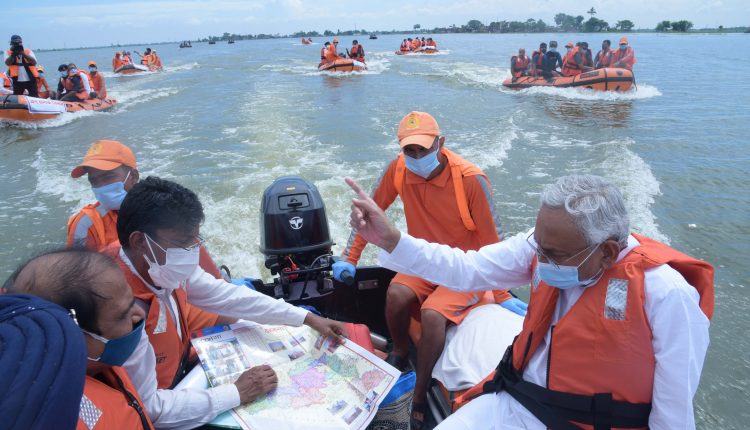 PATNA—The Bihar government has sought a financial assistance of Rs3,763 (Rs37.63 billion) from the Centre for the massive devastation caused by floods as a central team arrived in the state capital on Monday.

The six-member central team is currently in Bihar to assess the damage caused by floods in Bihar. The State government has provided department-wise requisition to the central team during a meeting with officials of the eight departments concerned which have to deal with the reconstruction of assets damaged by floods.

According to the preliminary estimates of the disaster management department, the Bihar government requires 3,763 crore from central government as assistance in the light of floods this year.

“We have done our assessment, they (central team) will do theirs. The Centre may give assistance on this basis,” Bihar chief minister Nitish Kumar has told the media.

Floods have affected more than two million population settled across some 25 districts of Bihar, claiming 53 lives so far and also damaging standing crops.