Bihar school teacher show-caused by boss for peeing in public 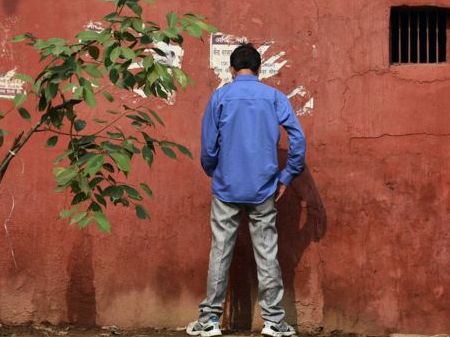 PATNA: In a bizarre incident, a school teacher in Bihar has been show-caused for urinating in public.

Sajjan Paswan who works as a school teacher had gone to the nearby sub-divisional office at Benipur in Darbhanga district last week with some official works when he felt the urge to ease himself.

After finding no urinal around, he subsequently urinated on the campus of the SDO office, unmindful of its consequences. 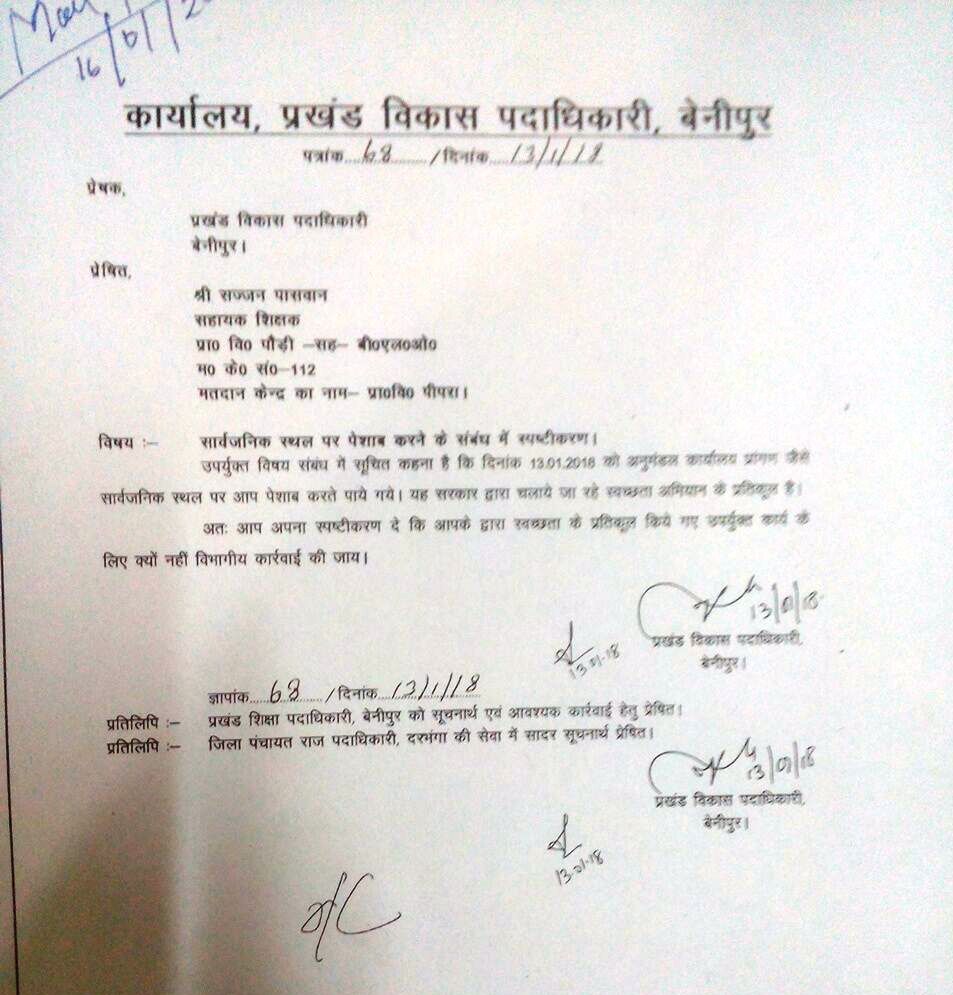 He was surprised when he received a show-cause notice from the local BDO a couple of days later.

The show-cause notice reminded him about how he had violated the government’s ongoing cleanliness drive and told him to reply why action should not be initiated against him.

This is obviously the first time in Bihar that any teacher or even employee has been show-caused for peeing in public.