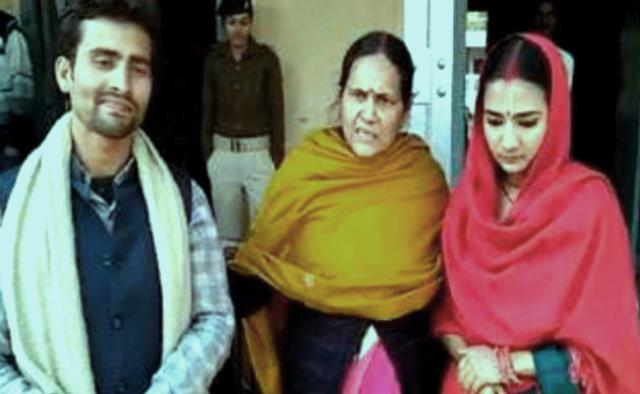 PATNA: A young sadhwi (saintly woman) who for long has been reciting the story of holy Bhagwad Gita to her followers and vowed to go unmarried entire life has married a youth after falling in love.

The couple entered into wedlock with the deities as witnesses at a local temple in Madhubani on Monday.

Reports quoting local media said Rupam Priyadarshi, the saintly woman who hails from Muzaffarpur district, was famous as Bhagwad story teller in the areas and had a huge followers.

She was so deeply associated with the religious world that she even had vowed to lead a saintly life and not to indulge in worldly affairs.

However, she fell in love with a youth from Madhubani district named as Tribhuvan Jha and they finally decided to enter into wedlock.

Eventually, they got married in the local court on December 14. Not finding it sufficient, they reached a local temple on Monday and exchanged garlands on each other’s neck in the presence of deities.

The incident has become a talk of the town.

The story reminds a Tibetan Buddhist monk who gave up his monkhood to marry a childhood friend last year.

The 33-year-old monk belonged to the Karma Kagyu, one of the four major schools of Tibetan Buddhism.

Thaye Dorje, His Holiness the 17th Gyalwa Karmapa, and Rinchen Yangzom were close childhood friends, and have known each other for more than 19 years in this life.

Over time, and with the blessings of their beloved parents, this friendship grew into a special, spiritual bond, according to Karmapa website.

This Bihar school has separate classrooms for separate castes, religions