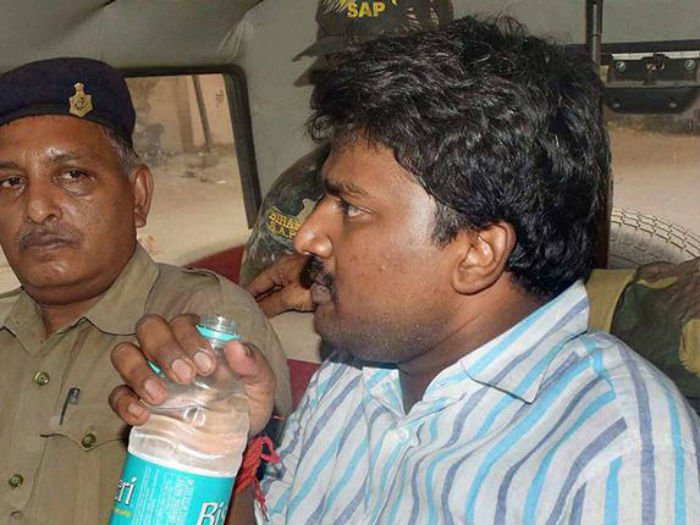 PATNA: Road rage accused Rocky Yadav surrendered in a local court in Bihar today a day after the Supreme Court cancelled his bail and ordered him to be sent back to jail immediately.

Yadav who is son of ruling JD-U lawmaker Manorama Devi surrendered in the court of additional district and sessions judge, Gaya Suresh Prasad Mishra after which he was sent to jail, reports said.

“I have immense faith in judiciary. The allegations leveled against me are baseless and concocted. I have been falsely implicated in the case,” he told the media in the court premises before being taken for jail.

Yadav had come out of jail barely a week back after the bail was granted by the High Court on October 20.

The Bihar government had moved the apex court soon after he came out of jail. In its petition, the government sought immediate cancellation of his bail, apprehending intimidation/coercion of witnesses by the accused persons.

“The high court ignored factors like “nature and gravity” of the offence, manner of its commissioning, severity of the punishment he would be given if convicted, “character, position/status of his family”, threats, intimidation and coercion of the prosecution witnesses and the family of the victims, and the capacity of the offender to tamper with evidence,” the government’s petition reportedly said.

Yadav is accused of shooting dead teenager Aditya Sachdeva, son of a businessman, merely after he overtook the car of the accused in Gaya district in May this year.