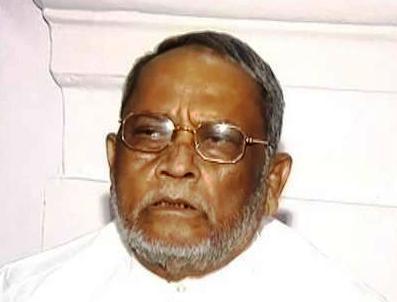 Taslimuddin who currently happens to be the RJD parliamentarian was acquitted for lack of evidence by the Araria district court on Thursday.

One of the proprietors of the Seemanchal Construction Company Ajay Kumar Jha had filed a case against the RJD MP in December 2008 charging him with extorting Rs 160,000 and demanding another three percent commission of his road construction project worth Rs 64 crore (Rs 640 million).

The case had been filed with the Joihat police station.

In March this year, Jha, however, filed a compromise petition in the court saying he didn’t want to depose in the court for some reasons, media reports said.

On Thursday, Taslimuddin appeared in the court in connection with the case and termed all the charges leveled against him as “baseless”.

Taslimudidn who faces dozens of criminal cases against him was earlier removed as junior minister for Home Affairs in the Deve Gowda government for his criminal background.